Known as Heaven on the Earth, Jammu & Kashmir is where Mother Nature has bestowed all her love. Enclosed by the Himalayas and Karakoram ranges; and festooned with verdant meadows, lush valleys, dense forests, splendid temples, this new union territory of India is a holiday destination to instantly fall in love with.

Being an ideal tourist destination for family tours, honeymoon tours and the perfect place for adventure enthusiasts, Jammu & Kashmir offers abundance tour options for travellers of all kind. The picturesque Jammu & Kashmir is even home to the popular Hindu shrines like Mata Vaishno Devi and Baba Amarath Cave, this place is always on the radar of pilgrimage tourists from all over the world.

The majestic valleys of Kashmir offer adventure opportunities like trekking and skiing. The serene destination is also famous for experiential travels in the form of either a stay at a houseboat or Shikara ride on Dal and Nigeen Lake. Nothing can beat the beauty of Jammu & Kashmir, and to believe it, one has to see it! 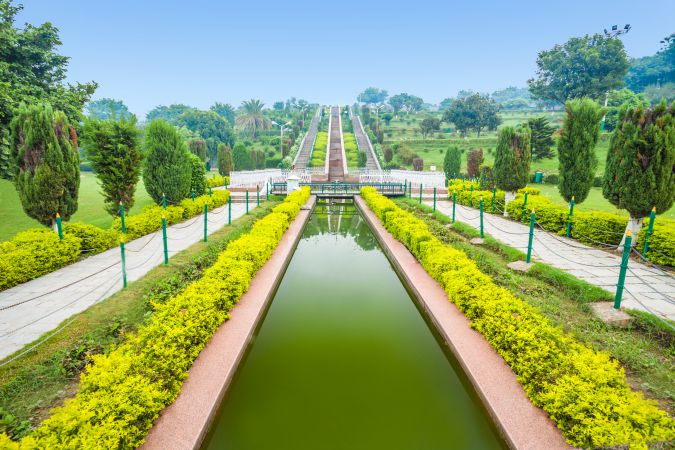 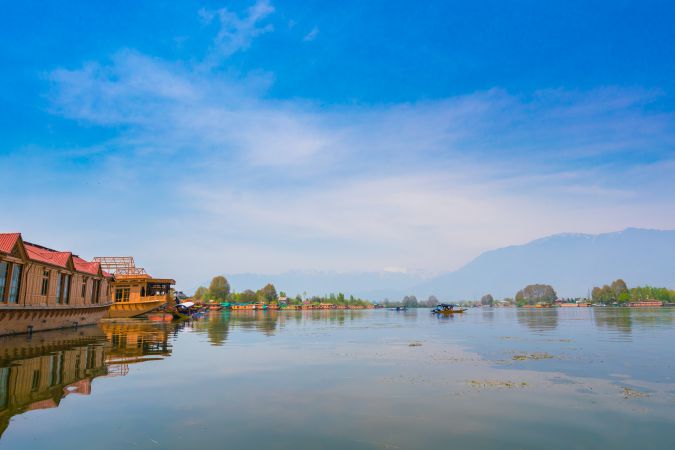 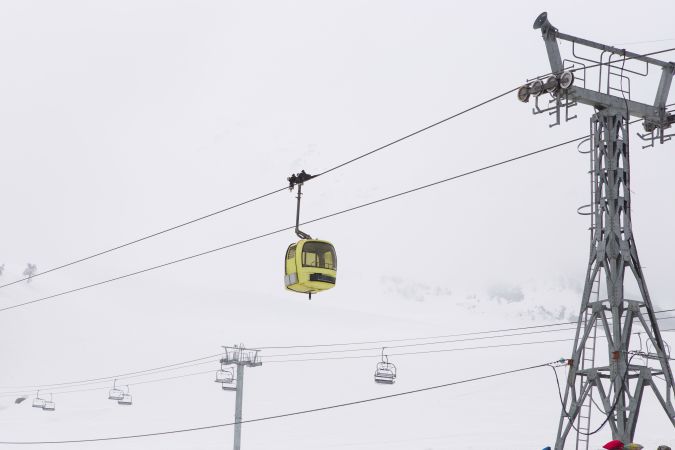 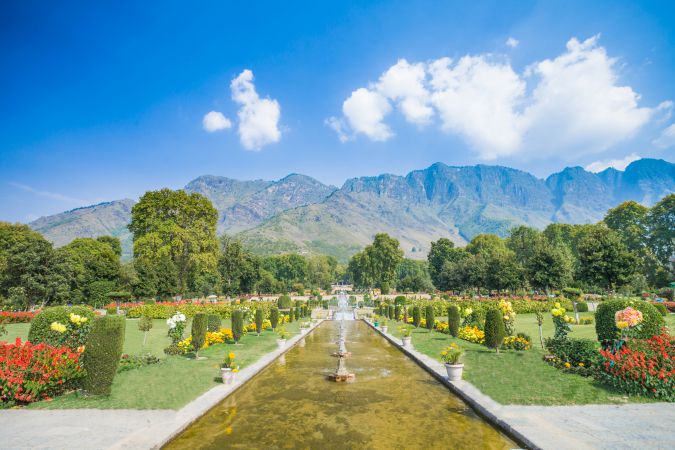 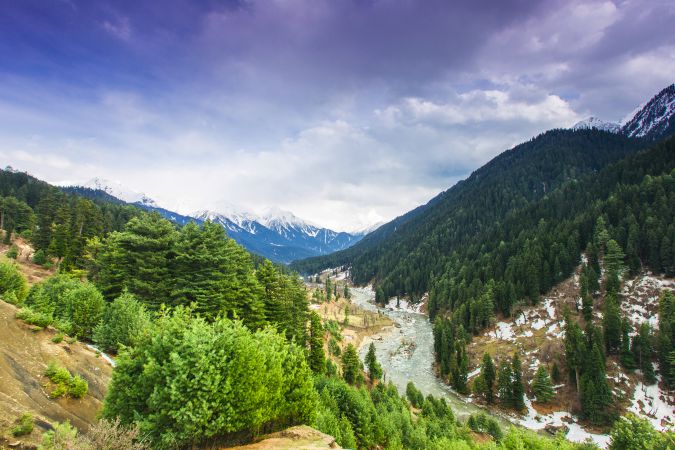 Although Kashmir can be visited any time of the year, October to Feb is an ideal time to visit Jammu & Kashmir for tourism. Every season of Kashmir has something to offer. We can easily classify Jammu & Kashmir seasons as follows.

Cradled amidst the snow clad Himalayas, the state of Jammu & Kashmir was one of the major centres for learning Sanskrit since the ancient times. This fact is supplemented by several evidences in the great Hindu epic Mahabharata. The word “Kashmir” is believed to have originated from Sanskrit. In Sanskrit: “Ka” means 'water' and “shimeera” means 'desiccate'.

According to a Hindu mythology, Kashmir valley was once the holy lake Satisar (the lake of goddess Sati or Durga), which was drained by the great saint Kashyapa (the grandson of Lord Brahma). The brahmins of the nearby areas then inhabited it.

The Mauryan emperor Ashoka and his missionaries introduced Buddhism in the region. But Hinduism continued to be the dominating religion here for many centuries. The state witnessed kingdoms of the Kushans (2nd century), Durlabha-vardhana (7th century), Utpalas (855 AD), Tantrins, Yaskaras, Guptas and the Loharas. Shams-ud-Din was the first Muslim to rule Kashmir in 1346, and was overthrown by the Mughal emperor Akbar in 1586. In this way, the state of Kashmir has witnessed several rulers and inherited different kinds of cultures, traditions, arts, literatures and life styles.

Jammu is believed to have been a totally separate area under the rule of Raja Jamboolochan in the 14th century BC. It was established when the king saw a goat and a lion at the Tawi river, during one of his hunting campaigns. He was so impressed that he set up a town at that place after his name- Jamboo, which was renamed "Jammu" after a long interval of time.

The Sikhs And The British

The Sikh king Ranjit Singh conquered Kashmir in 1819, but the British defeated the Sikhs in 1846. That was the era when Jammu and Kashmir were brought to a single political and geographical entity, as decided in the Treaty of Amristar (March 16, 1846), when the British sold J&K to Gulab Singh for Rs. 7.5 million. Maharaja Rambir Singh, Maharaja Partab Singh and Maharaja Hari Singh ruled over Kashmir in succession.

After the independence of India, in 1947, Maharaja Hari Singh the rulers of princely states were given the choice to freely accede to either India or Pakistan or to remain independent. Maharaja, being a Hindu, chose to join India.

Srinagar domestic airport (Sheikh-ul-Alam Airport) is well connected to the airports of all major cities in India. By Train: There are no operational railway stations in Srinagar. Jammu is the nearest railway station, at a distance of 290 kilometres.

Coaches: Luxury coaches are available for tourists for the purpose of local sightseeing. The buses are operated by J&K Tourism Development Corporation (J&K TDC) and the J&K State Road Transport Corporation (J&K SRTC).

Tourist Taxis: Taxis are easily available for local sightseeing as well as trips and excursions out of Srinagar.

Mini Bus” Mini buses are the most common and widely used local transport in Kashmir. The buses operate throughout the city as well as the suburban areas on fixed routes.

Auto rickshaws: Throughout the city, auto rickshaws are easily available for the purpose of commuting.

You should always carry your passport with you, but do keep it safely.

If you find yourself in any legal hassle, immediately contact your Embassy.

Be careful with your luggage, always keep it with you.

It is highly advisable to carry a waterproof laminated card mentioning your details – name, address, blood group or any medical information.

Keep your cash safely and avoid carrying too much cash.

Carry maps of the places you have planned to visit

Take off your shoes while entering any holy place

Indian English has its own accent, so don't be surprised at the ascent.

Always cross check your bill before leaving the hotel

Avoid driving on Indian roads if you are not trained in it.

Avoid eating food from roadside as it might cause stomach disorder

Always avoid getting into strong arguments 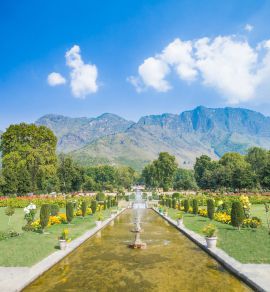 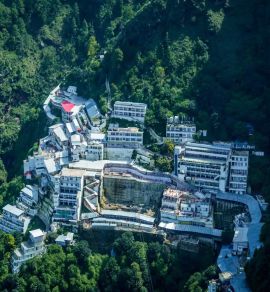 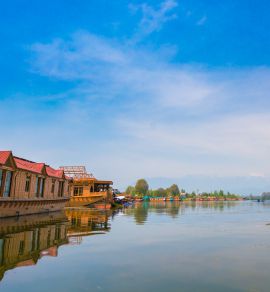 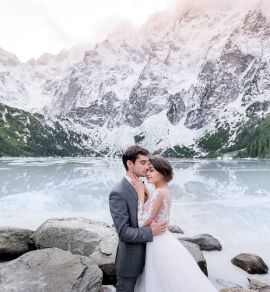