The world’s largest country, the vast land of Russia stretches from the western shores of Europe to the far east Asia coastline. Inextricably interwoven with world history, Russia was a tribal melting pot of Tartars, Huns, Finns, Vikings, Turks, and Mongols, all of whom have left their mark on today’s culture and civilization.

The topography of the huge landmass is as varied as its origins, from volcanic hotspots to frozen Siberian wastelands and the great cities of Moscow and St Petersburg. Through the years, Russia continues to attract increasing numbers of visitors to its magnificence and mystery.

Russia’s highlights are its two major cities, crammed with architectural masterpieces on a grand design. Moscow’s biggest landmark is Red Square, home to St Basil’s Cathedral and the Kremlin. The former Imperial city of St Petersburg holds the Winter Palace, the Hermitage Museum, and many other magnificent buildings. The picturesque Golden Ring towns and cities surround Moscow and are known for their historical sights, while remote Kamchatka lies in an active volcanic region of hot springs and geysers with brown bears casually roaming the streets. 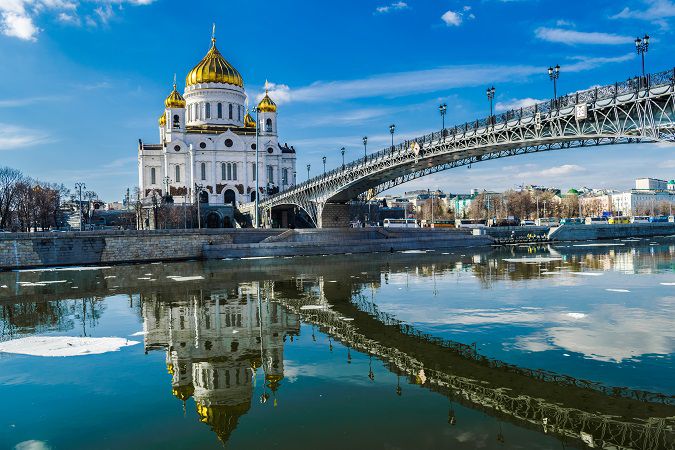 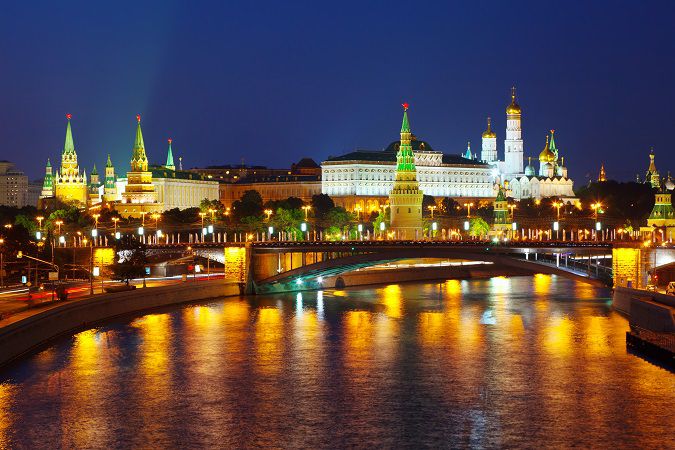 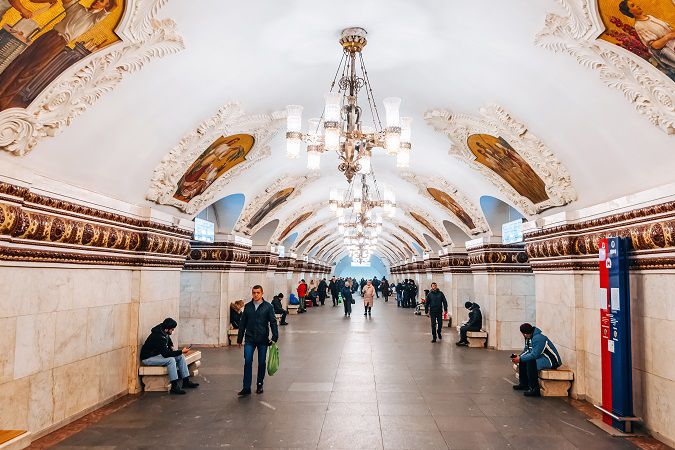 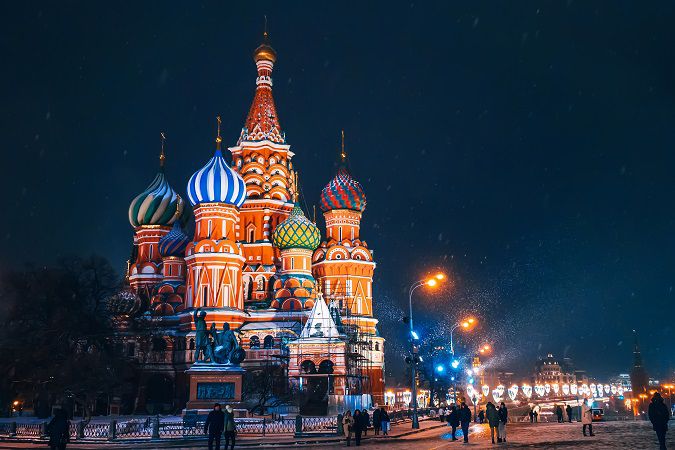 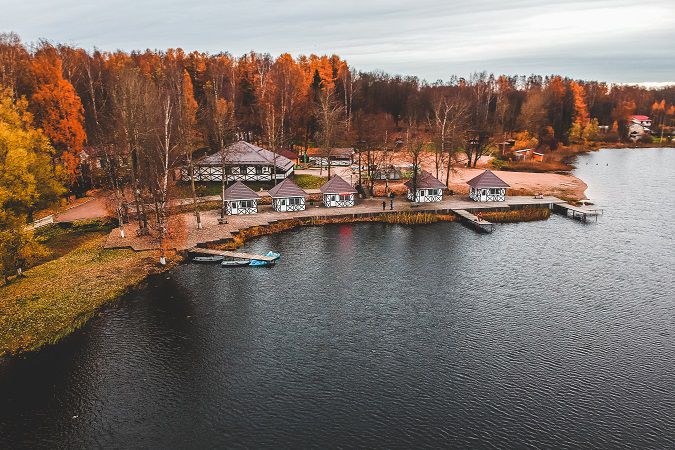 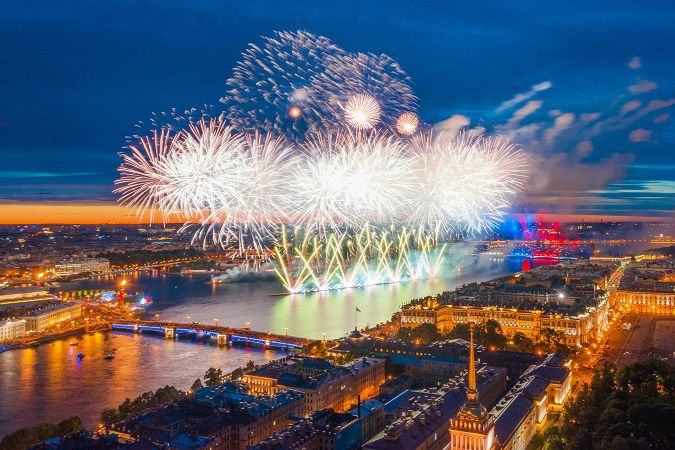 Summer is the best time to come to Russia, as the shoulder seasons are too short to make an impact weather-wise and air conditioning is the norm in the better hotels and large stores. Winter can also be a magical season, provided you have the right clothing and footwear. Away from the festival time at Christmas and New Year, it’s possible to find bargains in flights and accommodation in the colder months.

A region populated mainly by nomadic tribes until the 7th century, Russia became formally settled with the migration of Slavic tribes, first to Western Russia and later peacefully assimilating with the Finno-Ugric people. By the 10th and 11th centuries, Viking invaders had settled and Kievan Rus state was one of the wealthiest in northern Europe. Vladimir the Great and his son Yaroslav the Wise ruled successively over the Golden Age of Kiev and oversaw the beginning of Russian Orthodox Christianity in the land.

By the 12th century, the Golden Age was fading, with the final blow for Kievan Rus being the invasion of Genghis Khan’s Golden Hordes, who ruled central and southern Russia as part of the great Mongol Empire for more than 200 years. The successor state to Kievan Rus was the Grand Duchy of Moscow, which made its move on the south-central region in the early 14th century, unifying and expanding the territory.

The first Russian Tsar, Ivan the Terrible, was crowned in 1547, and conquered the Tatar lands and much of Siberia, setting the stage for Russia as it is today. After centuries of conflict, Imperial Russia came into being in 1721 under Tsar Peter the Great, with his Western outreach and innovation carried on by Tsaritza Catherine the Great in 1762.

By the late 19th century, socialist revolution seemed inevitable, leading to the murder of the last Russian Tsar and all his family in 1917. After the October Revolution led by Lenin, the world’s first socialist state was created, although civil war between the Red and White factions led to the Stalin years and the Great Purge, one of the bloodiest periods in Russia’s history.

During WWII, Hitler’s forces took on Russia’s land, armies, and vicious winter weather, sustaining major defeats in Moscow, Stalingrad, and Leningrad. The Soviet army ousted the Japanese forces in Manchuria and entered Berlin in May 1945. Subsequently, Eastern Europe was ceded to Russia, and the Cold War began after their acquisition of nuclear weapons.

The Khrushchev Thaw, under President Nikita Khrushchev, launched the de-Stalinization of Russia, and with a brief hiccup over Cuba, and successfully eases the tension between the two world superpowers, a process completed by President Michael Gorbachev and his Glasnost (openness) and Perestroika (restructuring) policies. With the fall of the Berlin Wall and the reunification of Germany, the USSR was fully dissolved and its satellite states became independent.

The culture of Russia is hard to define due to its massive size and plethora of ethnicities. However, certain aspects such as family loyalty and dependency, immense pride in the land and its traditions, and endurance are common traits. The collective spirit developed by centuries of living in small agricultural communities and during the Soviet era is strong, as is the determination of the Russian people to better their lives by any means possible.

Russians love music, the arts, literature, philosophy, and theater, as well as eating and drinking, and could be described as quintessential party people. Highly talented in cultural pursuits, they’re also very superstitious, with long lists of rituals based on folklore and magical beliefs still a part of everyday life. Russian folk songs and dances are part of most celebrations, and traditional instruments, such as the balalaika and gypsy guitar, are still popular today.

The southern mountains block warm air from the Indian Ocean, and the wide plains in the northern and western regions are open to influences from the Atlantic and Arctic Oceans. The climate of the Northern European region are sub-Arctic, with northern Siberian winters reaching a bone-chilling -90°F and lower, and the Russian Arctic Islands experiencing a polar climate.

The Black Sea coastal areas see mild, wet winters, and in much of Siberia, winters are dry. Across the country rain usually falls as snow, although the Caspian Sea coast and the Lower Volga region are semi-arid with little rain. Much of Russia only has two seasons (summer and winter), with the shoulder seasons a very brief period between freezing temperatures and searing heat. Large ranges in temperature are common, with January typically the coldest and July the hottest month.

In July and August, Moscow weather hovers around 73°F, with occasional spikes to 86°F, and winter daytime temperatures stay around freezing, with nighttime drops to 14°F. Snow begins to fall in November, clearing by mid-March. Between November and February, humidity is also high. St Petersburg experiences a short, warm, humid summer and long, cold winter, with the Baltic Sea influencing the weather. In July, the mercury sits around 72°F, with short heatwaves pushing it to 90°F or more. The average in winter is 41°F, with occasional falls to -20°F.

For nationals of most world countries including the US, a tourist visa is necessary to visit Russia and can only be obtained with an invitation to visit. This invitation can come from a tour company based in Russia, and must contain booking confirmation and proof of travel arrangements and accommodation via pre-payment. Government–approved tour offices, online hotel-booking sites, and Russian travel agents can also grant an invitation, but you will be charged. The visa itself and the application will also be charged for, dependent on the traveler’s country of origin, with visa processing for US nationals the most expensive.

Getting around Moscow by car is, to put it mildly, hugely impractical due to the incredibly overcrowded, badly-maintained roads. The system wasn’t designed for the volume of traffic it gets today, and the Sadovoye ring road is often gridlocked for most of the day. Russian drivers aren’t known for their patience, and accidents are common. City parking is difficult, as spaces are often ’reserved’ for regular users, with unauthorized parking at risk of deliberate damage to the vehicle. If you’re planning a daytrip outside of the city, renting a car makes sense, especially if traveling in a group.

In Russia, there’s a tradition amongst drivers to offer rides to strangers for a fee, with many nationals seeing this as a second job. Holding your hand out by your hip will get results, and negotiating a fare with the driver before getting in is the way to go. The several taxi companies that operate in Moscow are comparatively expensive, although a lower price can be negotiated, as an unmetered fee will go directly into the driver’s pocket.

St Petersburg has route taxis (minibuses seating up to 20 people) that offer fast, economic service across the city. Waving at the roadside will flag one down, but you’ll need to inform the driver of your destination, as there are no regular stops. For Moscow and St Petersburg, Welcome Taxis (+7-499-922-0674/+7-812-643-4273), offer English-speaking cabbies at reasonable rates. Novoye Zholtoye Taxi (+7-812-600-8888) also serves St Petersburg.

It’s possible to reach Sochi in Russia by ferry from Trabazon in Turkey, and ferry routes also run from Vladivostok to Japan and South Korea.

Given the size of the country, getting around by train is the best option, as Russia’s rail service covers most destinations faster than buses and less expensively than a domestic flight. Long-distance travel is usually done by overnight train, and although sleeper accommodations aren’t luxurious, it’s generally clean and comfortable, if a little pricy. Timetables are strict and staff members are helpful and courteous. Cheap and efficient commuter trains serve the cities and their suburbs and between cites and the countryside, minibuses are another option, which can be hailed roadside.

Most Russian cities are linked to destinations five or six hours away by inexpensive long-distance bus routes. Less comfortable than trains, the modern buses will cover the distance in good time and are a viable alternative if train timetables don’t suit your travel plans. Large cities have several bus companies running local routes, although some don’t have set schedules and simply leave when they’re full. 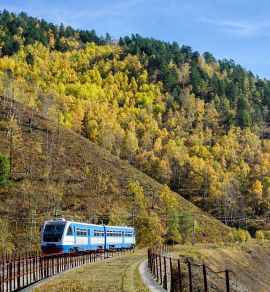 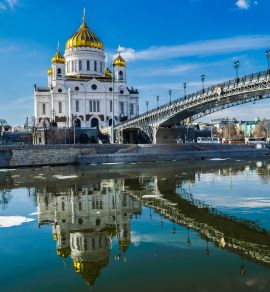 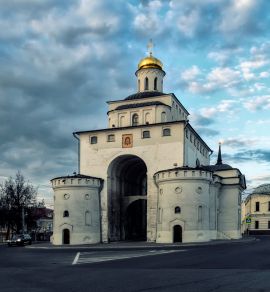 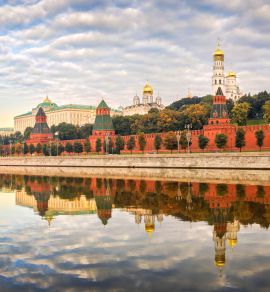 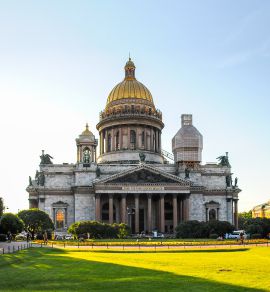