Even though Denmark is regarded as the cleanest nation on Earth and the happiest, tourists don’t just flock here by the millions to experience swimmable harbors and a breath of fresh air. Denmark may be the smallest Scandinavian country, but it packs a mighty punch. Once a mighty Viking powerhouse, today it is one of Europe’s most exciting travel destinations.

Famous for its capital, Copenhagen, has been named the coveted "world’s most livable city" tag on multiple occasions. Much of the culture and entertainment revolves around here, but that isn’t to say that this small country is short on tourist hotspots. Castles, Baltic beaches, impressive fjords, wild forests, and culturally-rich towns make up the rest of the Scandinavian nation. Music is the sound of life in Denmark too, so tourists will be able to enjoy a range of festivals and events to keep the blood pumping. 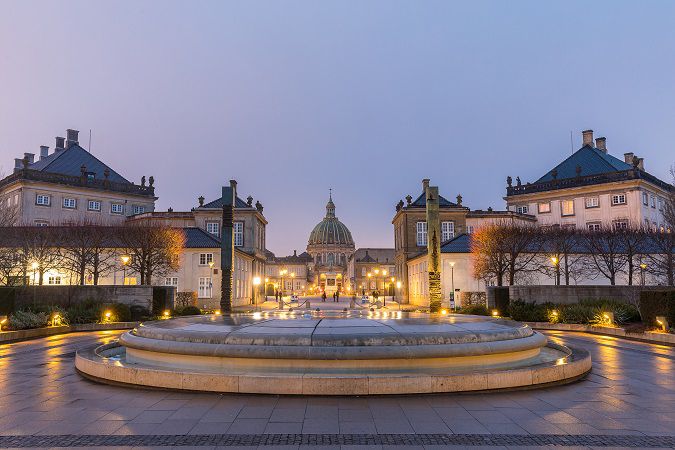 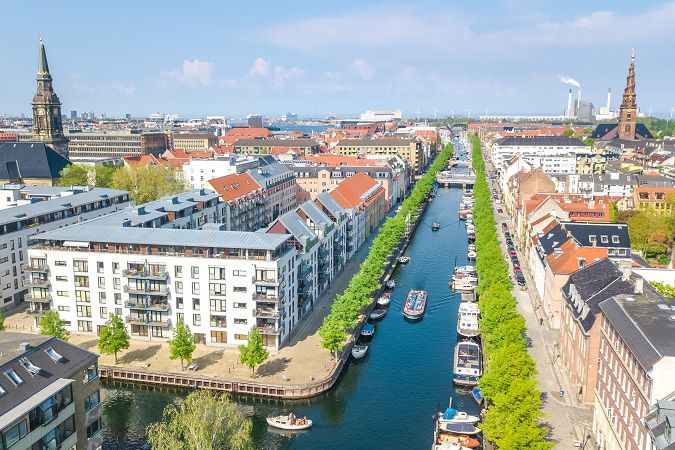 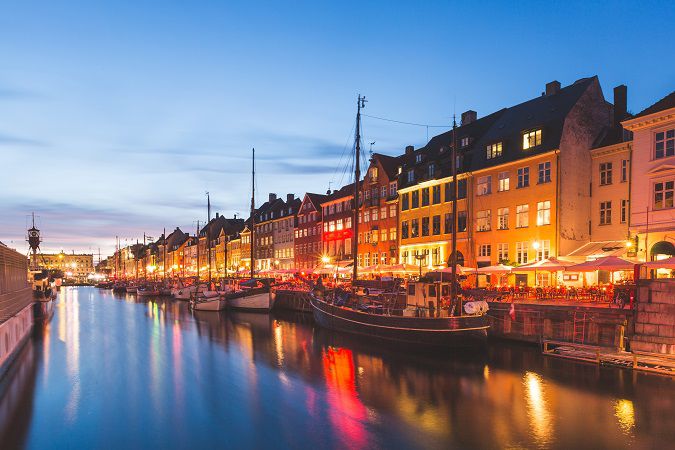 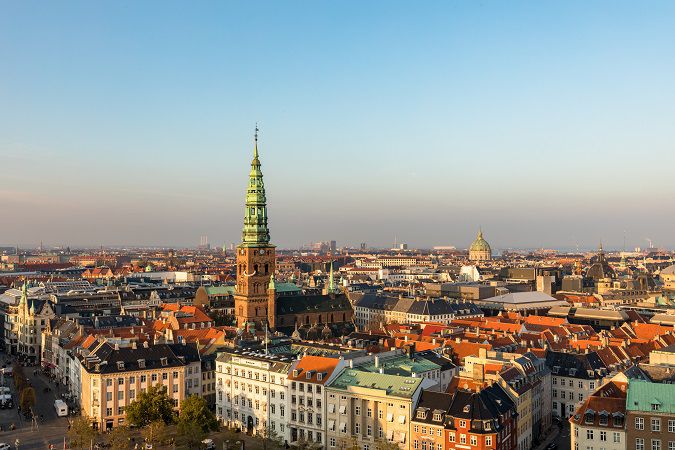 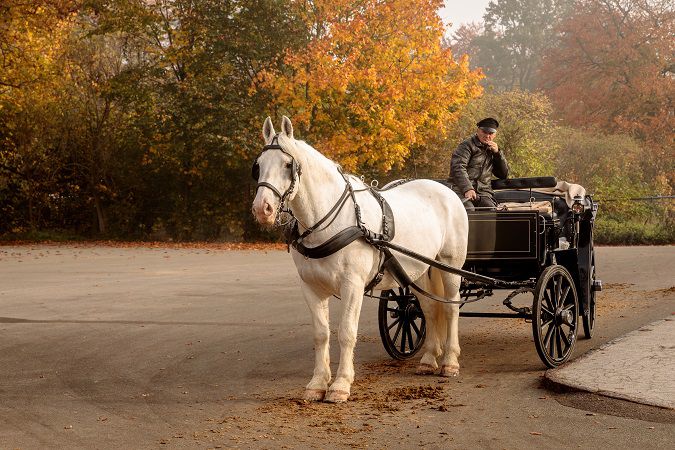 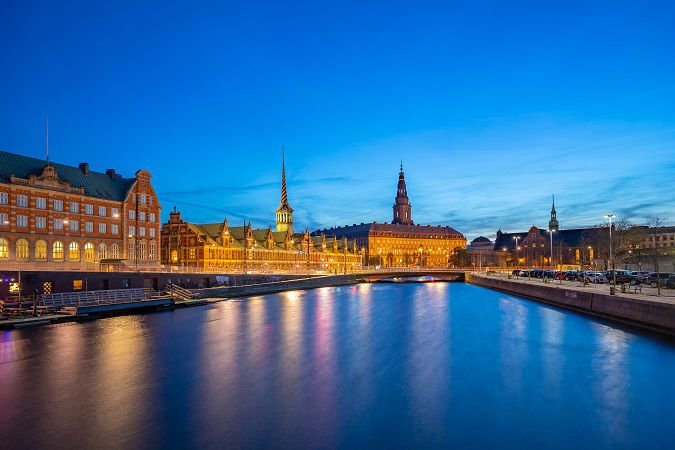 Like other northern European and Scandinavian nations, Denmark is best visited during the warmer months of the year. Spring (usually April to May) is an important and festive time and in late April or early May, locals begin to embrace the coming sun and Denmark livens up. However, summer (June to August) is when the high season kicks in. Plenty of outdoor adventures await travelers, and cities like Copenhagen and Roskilde open their arms with cultural and music celebrations. Accommodation, flights, and transport are more expensive during this period. An alternative to the crowds that is more budget friendly is to plan a trip in September or April, which shoulder the busy season.

The winter months tend to be cold, dark, and somewhat gloomy in Denmark, so much of the country goes into a deep hibernation during these months. Of course, there are some events in October and around Christmas that electrify things, but in general tourism is low, so accommodation and flights are at rock bottom.

Denmark’s long and fascinating history dates back to well before the Viking era. Early records show Denmark was one of the centers of Viking civilization with attacks, pillaging, and eventually conquests of other parts of Europe before the 10th century. The medieval period saw much transition in and during the Middle Ages, Copenhagen became the capital of the Kalmar, which was a union of the three northern kingdoms of Denmark, Norway, and Sweden.

Until the 16th century, Sweden was under the reign of the Danish king. Nevertheless, a war with Sweden (one of many between the two nations during the medieval period) broke out in 1506, and by 1513, Sweden was able to secede from Denmark. The Reformation played an integral role in Denmark’s religious beliefs. A civil war in the 16th century led to the defeat of the Catholic-influenced Lubeck army commanded by John Rantzau-led Lutherans, and Denmark became a predominantly Lutheran state.

Much of Denmark’s history between the 16th and 19th centuries was plagued by wars. Most of these were fought against Swedish armies for greater control of the thriving Baltic Sea. The Napoleonic Wars spread to the shores of Denmark in the 19th century and eventually led to the British Army defeating and confiscating the Danish Navy in 1805. Denmark also saw the demise of its monarchical powers in the 19th century. By the 1840’s, self-government had been appointed, leading to a new constitution within this once strong monarchy-based nation.

Despite its feudal background, Denmark chose to remain neutral for both WWI and WWII. During WWII, Germany found Denmark’s position on the Baltic a significant advantage for Nazi success and occupied the country between 1940 and 1945. Following the war, Denmark initially experienced a period of high economic growth as a result of its strong agricultural industries and trade increases. This ended in the late 1970’s with high unemployment and rapidly growing inflation. Today, Denmark’s industry is renowned for its ‘green’ initiatives and programs, making it a leader in the green movement.

Despite the Viking departure, Denmark features a landscape which is dotted with brilliant reminders of its world-renowned past. Ships, living museums, and monuments dating back to the Viking era are begging to be explored. However, modern Danes are not at all like their predecessors and locals tend to be quiet, yet hospitable, and enjoy an active social life with friends and family.

This is true in both the festive summer season and the winter months (where the hygge or ‘culture of recluse comfort’ sets in). Greetings are warm, and close friends almost always meet with a hug. One thing to remember is Danish people pride themselves on their punctuality, and expect the same courtesy in return.

The Danish language is generally lacking an equivalent to the word please, so many locals tend to leave it out of their sentences when speaking English. Tourists shouldn’t think of this as rude, but more of an innocent omission. Danes are not impolite and may become quite shy when around strangers not speaking their language. It is not uncommon for locals to omit other forms of formalities, like sir and madam.

The northern European nation of Denmark is characterized by a temperate climate. The entire country takes up just a small space therefore the weather conditions in one city are generally similar to those of another place elsewhere. On average, the summer months in Denmark (June to August) are the warmest times of the year. However, days remain relatively cool with summer temperatures rarely rising above 68°F (20°C). This doesn’t stop the locals from taking a refreshing dip along the coast.

Tourists not used to cool weather may think twice about visiting in winter (October to March), when temperatures drop significantly, regularly falling to below freezing. Snow is common, usually blanketing most cities and towns throughout the country for several weeks.

Rainfall across Denmark is constant throughout the year, although there are pockets that receive higher precipitation than others. Fall usually experiences the highest measurements, while spring has the lowest. On average, between 60 and 70 mms of rain is experienced across Denmark annually.

Due to its northerly location, Denmark has great variations in daylight hours. Even though the days are mild in summer, more than 17 hours of sunlight a day is typical. The sun can arrive as early as 4:30 a.m. and set as late as 10:00 p.m allowing ample time to get your fill of sightseeing. During winter, tourists will be lucky to see seven hours of sunlight.

Taxis in Denmark are expensive compared to other transportation methods, but are reliable and comfortable. Many of the cabs are BMWs or Mercedes, which provide an unrivaled class of service. Codan Taxi (+45-70-25-25-25) in Copenhagen offers service 24 hours, while Aarhus Taxa (+45-89-48-48-48) is the main cab company in Aarhus. Taxi drivers in Denmark accept credit card payments, so tourists can relax if the meter runs higher than the amount of cash in their wallet. Traveling between cities is easy with car rental in Denmark. Most major companies are found at airports and train stations. Renting a car can be expensive, yet the roads are well-maintained, with traffic congestion only a problem in Copenhagen, Aarhus, and a handful of other large cities.

Many tourists use Denmark’s ferry network while holidaying in the country as it is the only way to reach the outlying islands. In addition, some routes between or even within cities are faster by boat than by rail or road. Bornholm to Ystad is a busy ferry connection that operates several times a day. More than 50 domestic routes are available, with companies like Nordic Ferry leading the way.

The cheapest form of public transportation is by bus. Large cities like Copenhagen boast an extensive network, but unlike other cities Denmark operates buses which do not run on a set time frame. Instead, they generally reach stations every two to six minutes so you will never be waiting long. There are several types of buses, including express buses with limited stops.

Inter-city bus travel is quick and painless. Companies like Abildskou offer reputable services, making journeys between major destinations. Most routes run between Jutland and the nation’s capital and buying tickets in advance is recommended and could lead to discounts.

Much of Denmark’s railway network is operated by Danish State Railway. Visitors can use Euro Rail passes when traveling via railway. Denmark’s trains are renowned for their high-end comforts and modern design, but these amenities come at a cost. 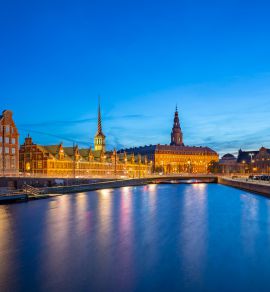 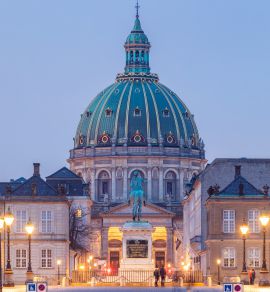 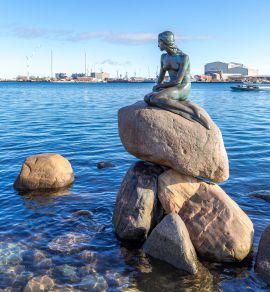