Switzerland is known for its natural beauty, and exploring the many mountain villages is a must for travelers. The Swiss Alps make up 60 percent of the land and are some of the most beautiful mountains in the world. There are plenty of outdoor activities to be enjoyed and some of the best hiking trails in the world. The cities are just as beautiful as the countryside and Berne, the capital's old town is a UNESCO World Heritage site, Geneva is known for its arts and culture, Lugano is a popular lake-side getaway, and Zermatt is the perfect spot at the foothills of the famous Matterhorn.

Switzerland has two distinct high-seasons when airfare and accommodations are at their peak: spring/summer and winter. June through September is when the Swiss countryside is considered to be at its most beautiful. It can be quite difficult to secure hotels or resorts during ski season, which generally runs from December to April. Booking early is a must, especially for Christmas time. 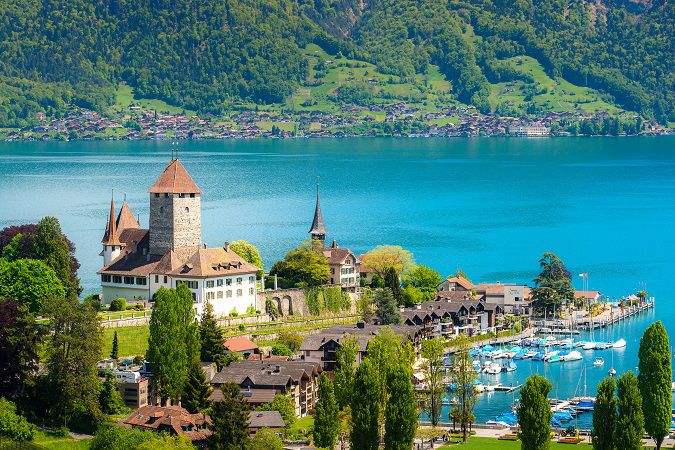 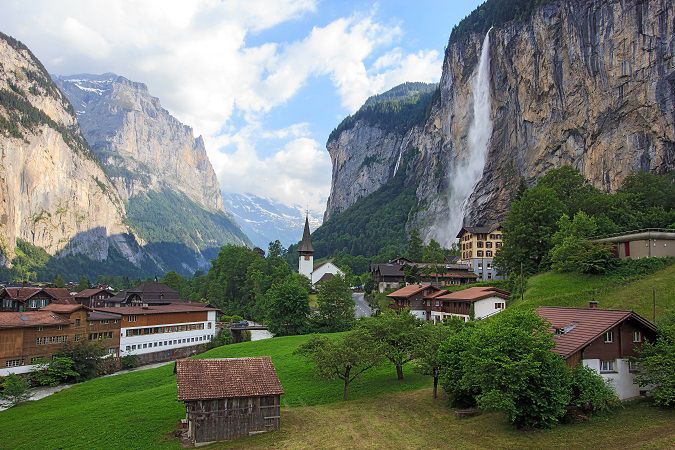 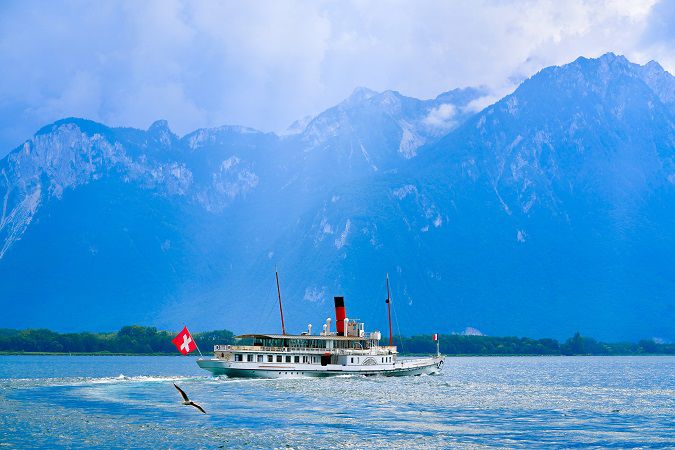 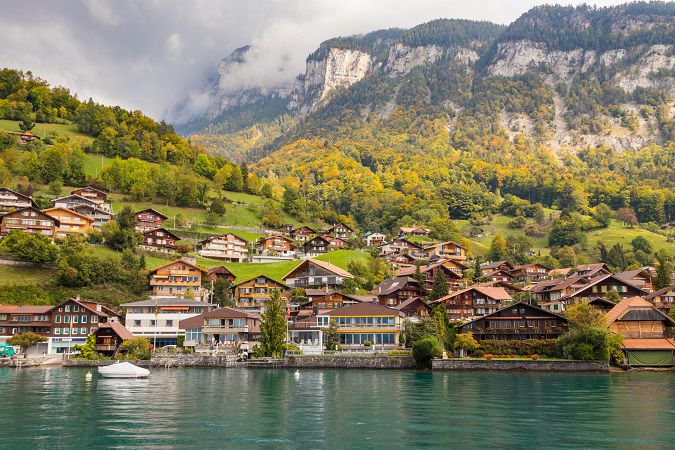 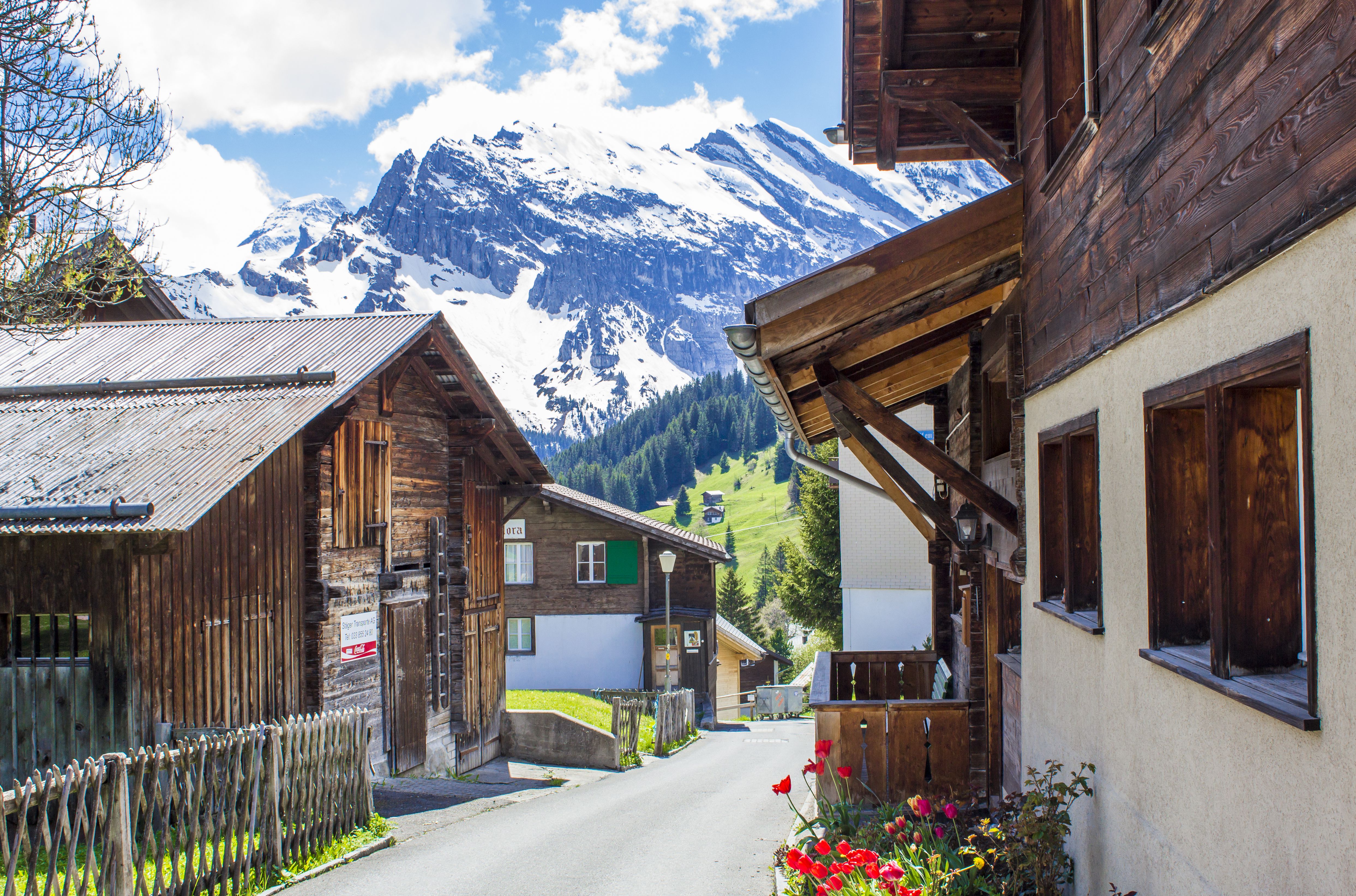 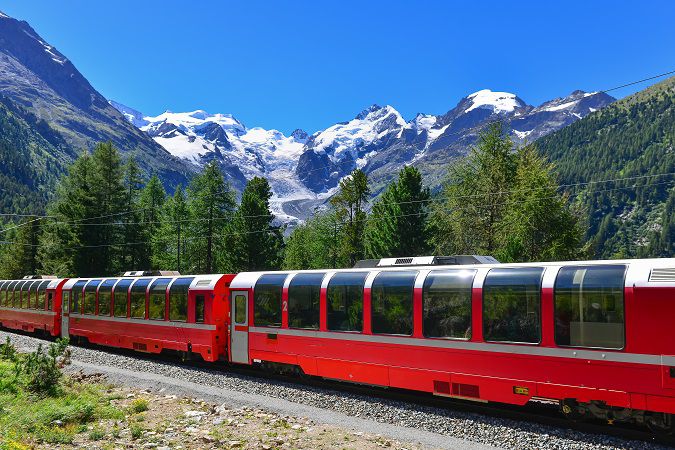 The time of year to visit Switzerland is highly depends on what activities you plan to do. The spring (April to May) and summer (June to September) attract those interested in exploring the cities and the countryside and some of the best hiking and climbing can be enjoyed at this time. Visitors wanting to ski or participate in winter sports should head to Switzerland during the winter, which generally runs from mid-December to April.

Visitors should keep in mind that a lot of European regional travel happens during the school holiday season, which leaves roads very congested. Resorts will be full during ski break (usually February), summer holidays (June through August) and winter holidays (December to January). Book well in advance if you're planning a vacation during these periods, especially for the resort towns, which have much fewer accommodations than the cities.

Early civilization in Switzerland dates back to the Bronze Age, but the first true colonization occured from the Celtic tribes, who came to the area around 500 BC. These groups were known as the Helvetians, which is where "Helvetia" originated from, the name seen today on Swiss coins and stamps. The Helvetians were conquered by the Romans in 58 BC, who settled the cities of Basel, Zurich, Geneva, and Lausanne until about 400 AD. The Romans were subsequently driven out by the Germanic tribes.

In the Middle Ages as with the rest of Europe, Switzerland was mired in feudal rule. The grand monasteries such as the Convent of St. Gallen, were established and built during this time. This is also when the cities of Berne and Lucerne - both of which remain important symbols of medieval architecture - were founded. Still to this day the entire old town of Berne is a UNESCO World Heritage site. The culture in the cities of Switzerland was built around skilled artisans and craftsmen, such as watchmakers, which the country is famous for. This era also established the Swiss Confederacy, what today’s canton system is based upon.

When Reformation swept Europe, Switzerland was divided between the Reformers and Catholics. This era was followed by the occupation by Napoleon, whose downfall led to the Congress of Vienna in 1815, which established Switzerland’s independence. This was followed by the creation of their constitution and the establishment of democracy in 1891.

Switzerland’s culture has been strongly influenced by its neighbors, Germany, Italy, France, Liechtenstein, and Austria and different regions have strong ties to the country they border. For example, the western parts of Switzerland have a very French feel, and most residents here speak French and enjoy French cuisine. Switzerland is proud of its diversity.

The country’s trade and industry has grown out of agriculture and its artisan culture. Even today, Switzerland is known for its chocolates and cheeses, as well as high quality watches and knives coveted the world over.

There are many different festivals in Switzerland, which vary by region. One of these is the Fastnacht or carnival, most famous in Basel and Lucerne. An unusual custom is the mask festival that takes place in Loetschental, Canton Valais. In February, men and boys roam the streets wearing hand carved masks and goat skin tunics. Many customs also revolve around agriculture, an important part of the Swiss economy and daily life in the countryside. One of these is the "burning of the Boeoegg" that marks the start of spring.

Switzerland has a varied climate, depending on the location and altitude. Generally, the warmest weather comes during the summer months when temperatures range from 14˚F to 84˚F and is the hottest in the Valais in the south. However, the summer also sees the most rainfall, primarily due to the "Foehn" phenomenon when hot, dry winds come up from the valleys and are blocked by the Alps, forcing precipitation and giving the best views of the mountains.

Switzerland is part of the Schengen Agreement, which means there are no border controls for nationals of EU countries. EU citizens only require a valid national identity card or passport to enter Switzerland. Non-EU citizen require a valid passport and possibly a visa if you intend on a longer visit.

Switzerland has an excellent road network, so exploring the country by car is an easy option. All major Swiss cities have radio taxis that can be found outside the major hotels. In Zurich, you can call Taxi 444 (+41-444-444-444), Taxi Phone (+41-22-33-141-33) in Geneva and Taxi Schaller (+41-27-967-12-12) in Zermatt. Visitors should be aware that cabs are reasonably priced for short distances, but are not recommended for extended journeys.

Switzerland is known for its excellent public transportation, which is a good way to explore the cities, and also the cheapest and safest option. Whether within cities or inter-city, excellent connections are available by tram, train and bus. To save money, visitors should consider buying one of the many travel passes, such as the Z-pass, Swiss Pass or NetzPass. Most believe the S-Bahn (tram) to be the most convenient option, as the network is easy to understand and reaches most parts of the city. Zurich also has river buses and lake boats.

Geneva offers free daily travel passes to visitors, so make sure to get one when you arrive. There are trams and buses that provide connections throughout the city, and there is also a boat service on Lake Geneva. Visitors can pickup the free travel card from their hotel.

Zermatt is a car-free town, so transportation options include taxis and buses or walking to explore. The best option is the electric bus, whose fares are included in a ski pass. Access to Zermatt is best done by train. 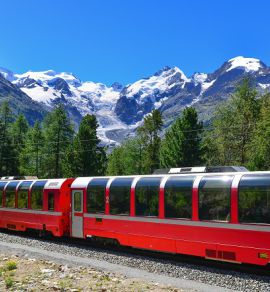 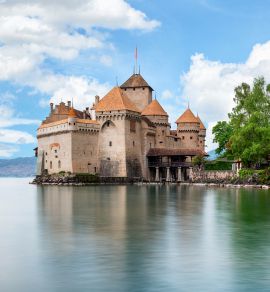 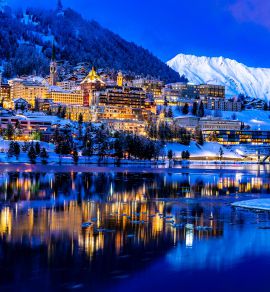 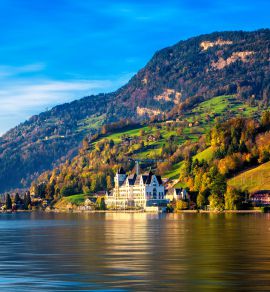