There is a famous Czech saying, “co Čech, to muzikant,” which means “every Czech is a musician,” which should give you some insight into the wealth of art and culture emanating from this wonderful country. Located right in the heart of Central Europe, the Czech Republic suffered a dark period prior to the fall of the iron curtain, but has since grown to become one of the most visited countries on the continent, with the capital, Prague, one of the most popular countries in the world, holding its own alongside the likes of London, New York and Tokyo. Backpackers and high-end holiday-makers are drawn to the Czech Republic in almost equal numbers, attracted by the historical sites, impressive range of architecture, vibrant nightlife, and wealth of outdoor activities.
Despite being a somewhat small country, the Czech Republic is one of the treasure troves of Europe, famed for its many UNESCO World Heritage sites. Prague is peppered with sights and sounds to constantly keep your head turning, including the Charles Bridge, Prague Old Town and Jewish Quarter, the Astronomical Clock, and the glorious Prague Castle. To the south, you’ll find the medieval towns of Bohemia, Mělník, and Kutná Hora, while to the west lie a number of luxury spa retreats, such as Karlštejn and Karlovy Vary, and many of the country’s national parks teeming with cycling, hiking and rock climbing from early spring to mid-fall, and skiing and snowboarding dominating the winter months. 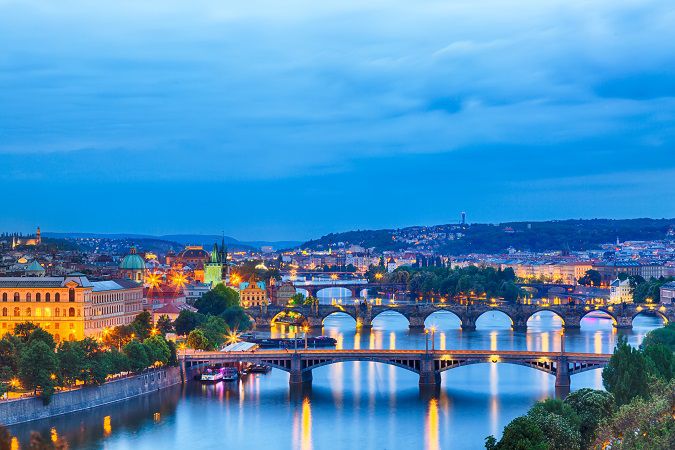 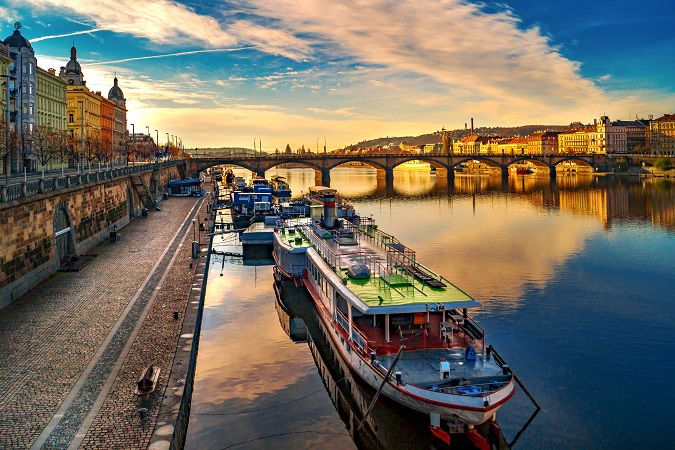 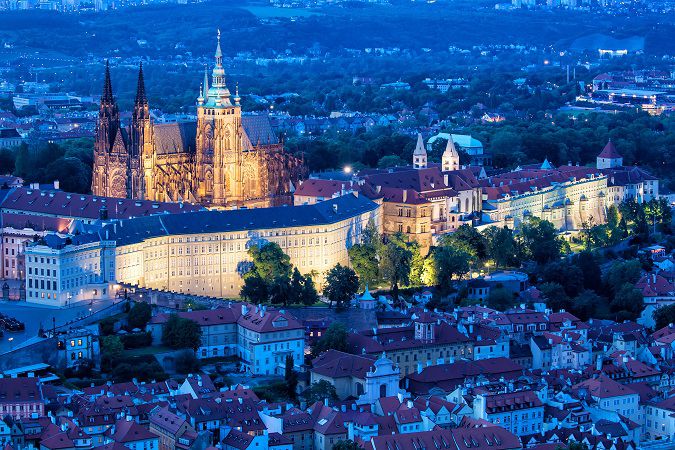 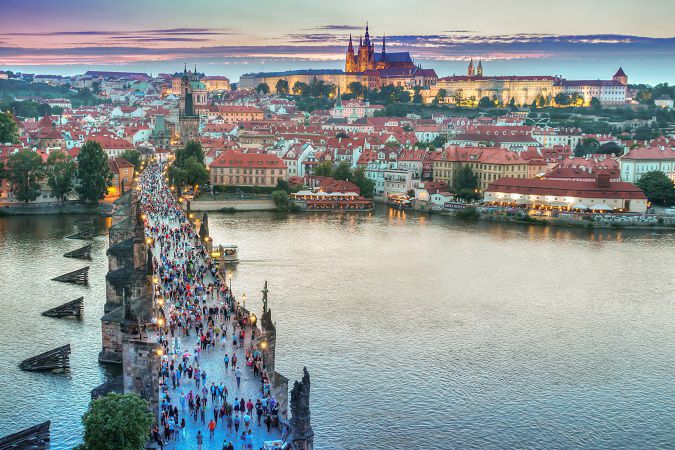 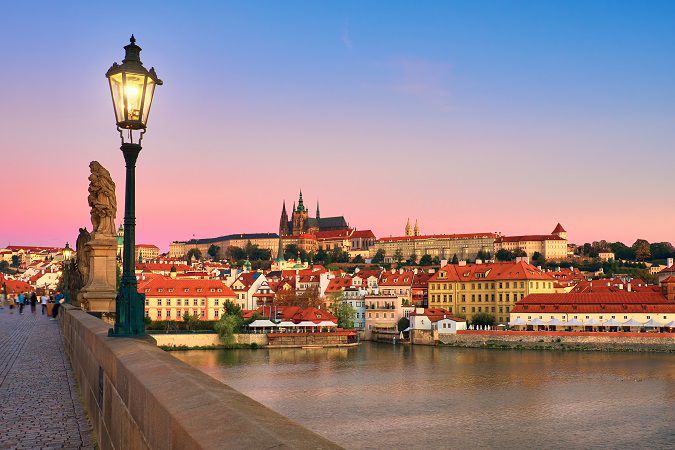 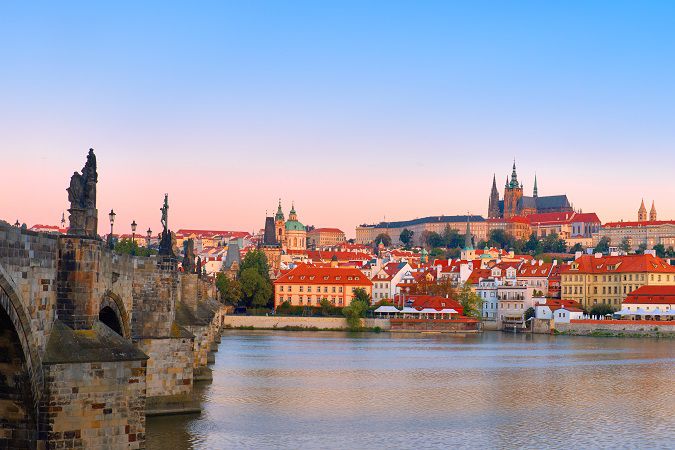 Early fall is perhaps the best time to visit the Czech Republic, as this is when Prague is looking dreamy and fairytale-like and the number of visitors are not as high as in the peak summer months. Temperatures still tend to reach 58-64°F on a good day, but soon drop around early November, falling below 32°F on occasions. Mid-September to mid-October is more often than not dry and cool, with the added bonus of the national parks in full color.

Late spring and early summer tend to have the highest rainfall, but temperatures can easily climb over 70°F around May and June, with the peak weather in June and August climbing into the 90’s°F. Despite high forecasts, an umbrella and rain boots are essential.

The Czech state can be traced back to the early Middle Ages, but it wasn’t until the 13th century when a significant kingdom was established. It was during the 14th century, under the rule of Charles IV, fondly known as the Czech King and Holy Roman Emperor, that the Czech lands gained any considerable power, with the area later becoming part of Austria under the Austro-Hungarian Empire in 1867.

After the fall of the empire and the tragic events of WWI, the Czechs and Slovaks won independence and in 1918, formed Czechoslovakia, which was declared a sovereign country. The area grew, developing great infrastructure and power, and becoming a significant political force through most of the 1920’s and ‘30s, but that all changed in 1938 when Hitler led an invasion into Czechoslovakia that split the country into three states, Bohemia, Moravia and Slovakia.

Czechoslovakia was reformed again in 1945, after Hitler’s defeat and the end of WWII, but much of the eastern portion was handed over to the Soviet Union and became the Ukraine. The end of the war also resulted in a change in government with the Communist Party wining the 1946 elections, leading Czechoslovakia into a new era.

On first impression, Czechs often come across as quiet and polite, moreover, reserved and modest. This is until the evening begins and they switch into social mode, hitting the pubs and taverns, and celebrating their love of music, dancing and beer. Czechs are typically straightforward and honest people, calm and laid-back, happy to talk about politics and religion, often with very liberal views.

Etiquette is very important in the Czech Republic; they are courteous and pay respect to those who are well-mannered, frowning on rude, strange and anti-social behavior. Social greetings are important, and it’s polite to say Dobrý den (“hello, good day”) when meeting someone other than close friends or family.

The Czech Republic is known for its reasonably cool summers and cold, humid winters. Depending on the type of weather you wish to experience, pay close attention to the seasonal climates. The overcast, moody winter around the Gothic areas of Prague may set the scene to enjoy a pint of Pilsner by a roaring tavern fire, while others will find the winter months a little too dark and dreary, especially during December.

With such frequent and cheap public transportation in the country’s big cities, you are unlikely to need to rely on taxis unless traveling late at night, with a lot of luggage or during the cold winter months. All taxis in the Czech Republic have meters, but it is up to the passenger to make sure they’re turned on. Some cabs prey on travelers’ lack of local knowledge and try to negotiate a flat fare, especially when heading to a known attraction. Your best bet to avoid this is to flag one down on the street instead of picking one up that’s been hovering around tourist traps. If in doubt, ask the driver if he is using the meter before you depart or try to find out how much the journey will cost before it begins. Alternatively, pre-book a cab from a trusted company like AAA Radiotaxi (+420-222-333-222) or City Taxi (+420-257-257-257), both serving Prague.

Buses are more often than not the fastest and most efficient way to get around the towns and cities of the Czech Republic, as well as being one of the cheapest modes of transportation. Schedules vary, but inner city travel tends to be frequent enough that one shouldn’t need to rely on timetables. It’s not unusual for Czech buses to arrive late or even early, so get where you’re going with plenty of time to spare if you’re running on a tight schedule. Buses between cities are operated by the Student Agency, among other providers, and are often cheaper and more convenient than trains due to more direct routes.

Ceske Drahy is the national rail operator, with an extensive network covering even remote areas. More expensive than buses, train can be slower and routes indirect, with the exception of key lines between major cities such as Prague and Ostrava. The Prague metro is another fast and efficient means of transportation, with three subway lines covering a large part of the Czech capital, along with 57 stations and several new ones being developed. Prague buses and metro use the same ticketing system with 30 minute, 90 minute, 24-hour, and three-day passes available.

Trams are another alternative in Prague running across 300-plus miles (500 kms) of track that are used by close to 300 million people a year. The trams run around the clock at eight to 10 minute intervals during the day (some every 15 minutes on weekends), while night trams (12:30 a.m. until 4:30 p.m.) run every 40 minutes. 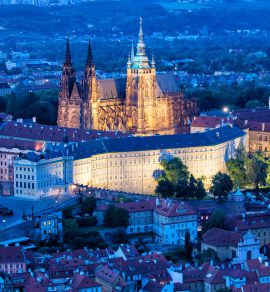 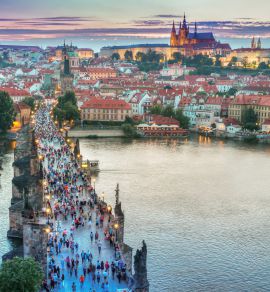