Every enjoyable activity is here, from adventure sports to lazy beaches set in environments ranging from sophisticated and luxurious to basic and unspoiled. Croatia has a rich heritage, displayed in ancient cities and towns, interesting museums and delicious Mediterranean cuisine. The natural landscapes are diverse, with verdant agricultural plains along the border of Hungary and highlands backing the Adriatic coastline and its islands. 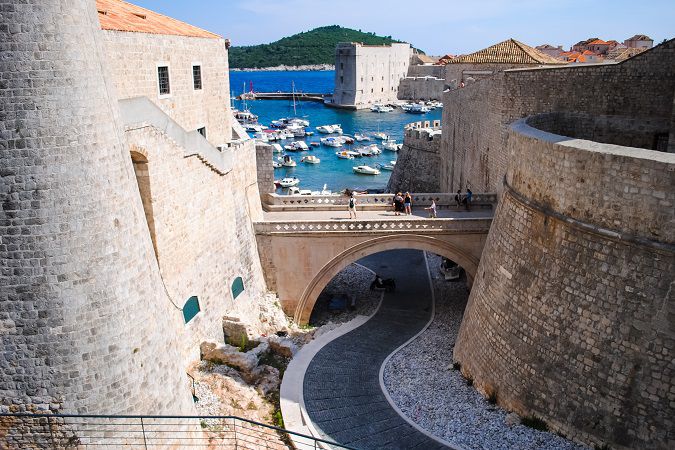 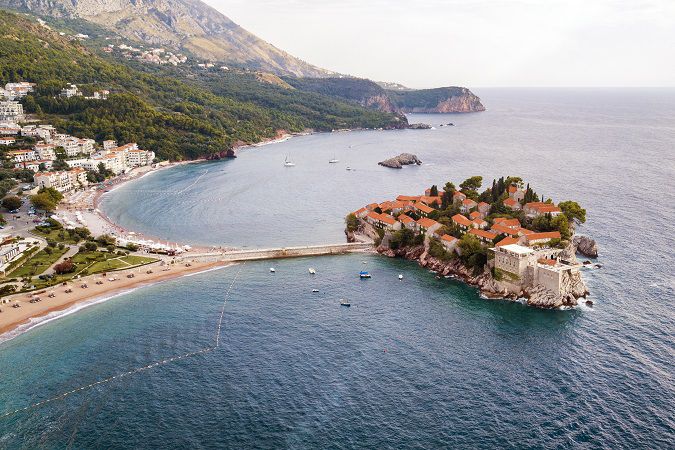 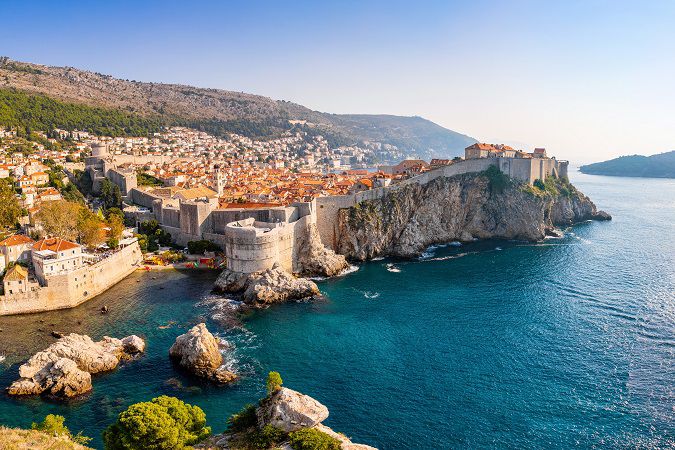 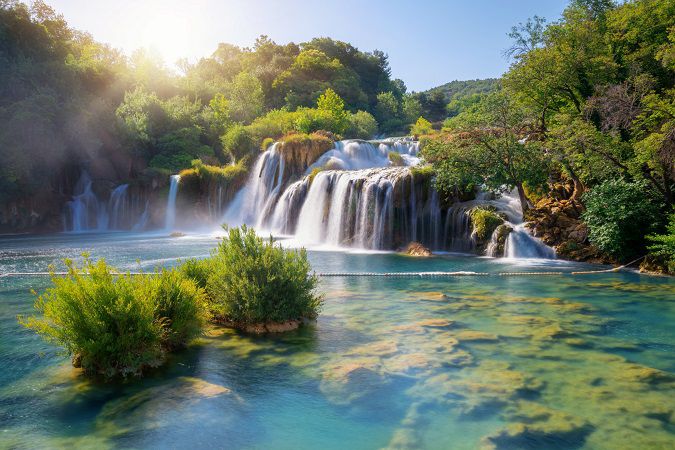 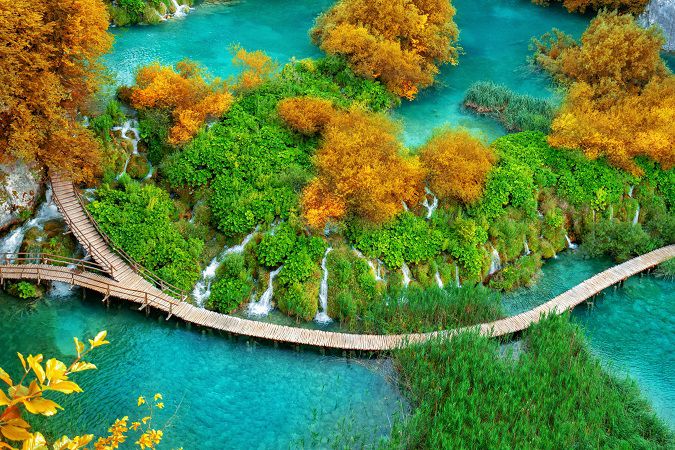 Summer is the best time for a beachside vacation, with plenty of low-cost flights from European destinations. The warm, pleasant weather of the late shoulder season also sees cheaper accommodation and is good for sightseeing, as well as beach activities. Visits to the national parks in March coincide with the mountain snow melt and it’s a great time for hiking and admiring the scenery.

Croatia is an ancient, much-sought after land which came to prominence with small Greek colonies and its conquest by the Romans in 9 AD. Diocletian’s Palace in Split, built in 305 AD, was the 5th century Imperial base for the Western Roman Empire. Most Roman towns were destroyed by invading Avar and Croat armies in the 7th century, with the survivors retreating to the islands, mountains and Dubrovnik, founded in the mid-7th century.

By the 9th century, Croatian realms had been documented, and Christianity was introduced. The medieval kingdom peaked in the 11th century until conflict saw it join with Hungary in 1102 AD. During the following four centuries, Venice gained control in 1428 and later Ottoman conquests divided the country until a Hapsburg monarch was appointed as ruler.

Ottoman victories continued until the late 17th century when the First French Empire’s forces occupied the Adriatic coastline and hinterlands from 1809 until Austro-Hungary seized power, creating the Kingdom of Dalmatia. Nationalism rose back in the 1830s, but in the following decades, the country was shuffled back and forth between Austria and Hungary rule. WWI ended any chance of settlement and it was here in the Balkans that the entire conflict was precipitated when Archduke Ferdinand was assassinated.

In the years between 1921 and 1931, political chaos and dictatorship prevented unity until the constitution established the region of Yugoslavia. During WWII the country was occupied by German and Italian forces, and the resistance movement became Communist partisans after the war. By the 1990s, Communism had faded and the Croatian War of Independence from 1991-1995 finally led to a means to an end — an independent state.

The rich culture of Croatia is a mix of past traditions seasoned with remnants of the earlier Greek, Roman and Bronze Age civilizations. Expressed in early times in music, dance, art and Catholicism’s magnificent architecture, its visual elements were also influenced by the Venetian Renaissance period.

Although Croatians show a strong sense of national pride after centuries of conflict, regional cultures are still upheld, characterized by differences in topography, economy, cuisine, folklore, and dialect. Traces of Serbia remain, although most ethnic Serbs have left Croatia for refugee camps in Serbia.

On the coast, the hottest months are July and August with average temperatures of 86°F and June and September only a few degrees colder. The shoulder seasons of spring and autumn are warm and pleasant, with highs around 71°F in May and October. January and February have the chilliest weather, with average daytime highs only around 53°F. July is the sunniest, with 10 hours most days versus six November to March.

January is the wettest month, with four inches of rain, while July is the driest, getting less than one inch all month. Along the coast, the shoulder seasons and winter bring the infamous Bura and Sirocco winds which can reach velocities as high as 90 mph and arrive without warning. The dry Sirocco breezes bring choking red sand from the Sahara desert and Libya, as well as heavy rain and storms.

Visa is required to visit Croatia on an ordinary Indian passport. Holders of Indian diplomatic/official passport can enter, leave, transit through and stay in Croatia up to 30 days without a visa.

Taxis in Croatia are relatively expensive with cabs available on the street, at taxi stands or by making a reservation in advance over the phone. Taxis are registered and metered and bargaining is not customary. Premiums of 20 percent are applicable to journeys made after 10:00 p.m. Connecto Taxis (+385-21-312-594) provide a reliable service across the country, and Taxi Service Croatia (+385-98-971-1001) also offers limo rental.

Water taxis are found all along Croatia’s extended coastline, and are a great way to get from resort to resort. Routes include Split to Dubrovnik, Dubrovnik to offshore islands such as Mljet, Sipan and Lokrum, and Hvar to Dubrovnik, Split and Korcula Island. The major ferry company is Jadrolinija, which operates between the mainland and the islands.

Train is the cheapest way to get around the country, and the network has seen considerable improvements in recent years. Lines now connect all major cities except Dubrovnik, and cars are comfortable and clean. The super-express “tilting trains” connect Zagreb with Split in the far south taking just over five hours, stopping at Rijeka and Osijek along the way. Zagreb has a local rail system linking the center of town with the suburbs. Split’s rail service also runs to outlying villages.

Comprehensive networks of long-distance buses connect all popular destinations. For intercity travel, buses are faster than trains, inexpensive and comfortable. CroatiaBus and Autotrans Rijeka are two of the major companies in the area. Bus services within major cities and resorts are well-run and frequent, and usually include a number of night routes operating between midnight and 4:00 a.m. 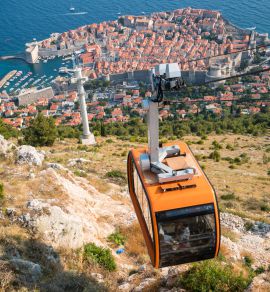 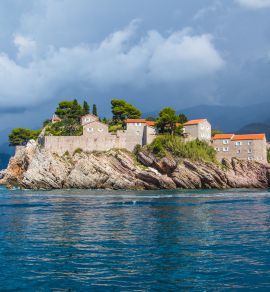 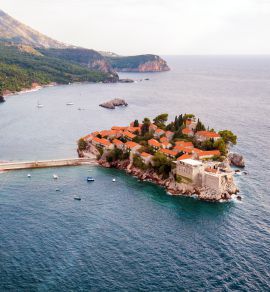 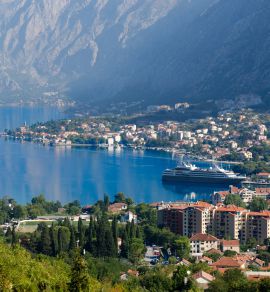 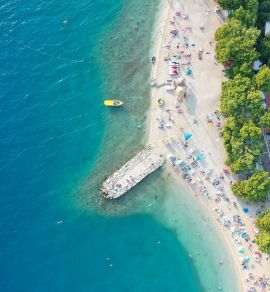