When the Portuguese named the main island of Taiwan Ilha Formosa, which means “Beautiful Island” in 1544, they provided an apt summary of the area that became Taiwan. Stunning mountains, rivers and gorges, giant trees, colorful blossoms, and tropical reefs in blue-green seas all contribute to the beauty of the island. Today, these natural attractions are complemented by modern cities, with the country attracting an increasing number of Asian tourists, as well as those from beyond the region.

The country has a marine tropical climate, and thus experiences a lot of rain throughout the year. The rainy seasons last from January to March and June to September, with some areas getting prolonged storms known as plume rains in May. But the weather turns around and warms up between June and September - but the humidity also spikes, making Taiwan hot and muggy almost everywhere. The winters last from October to December and can, conversely, get pretty cold. Despite the humidity and heat, summer is the most popular time to visit Taiwan, because the weather is most predictable and at its nicest. 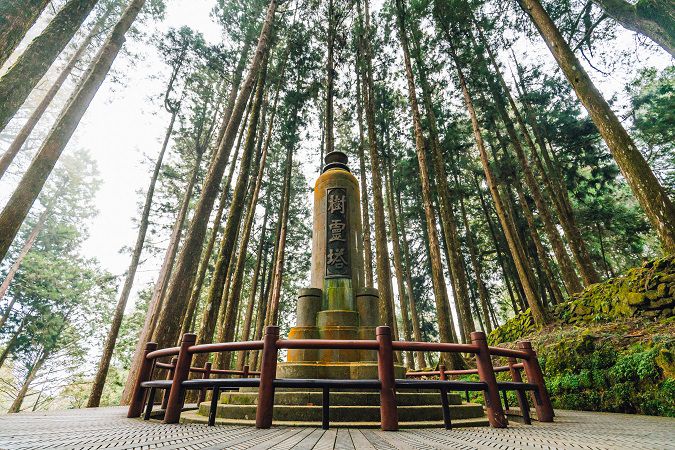 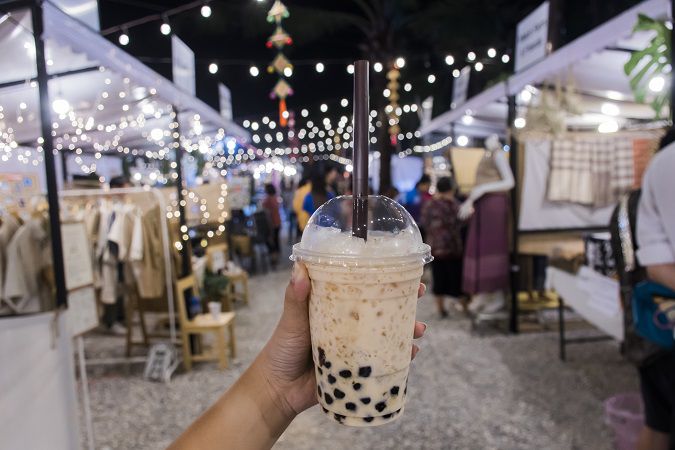 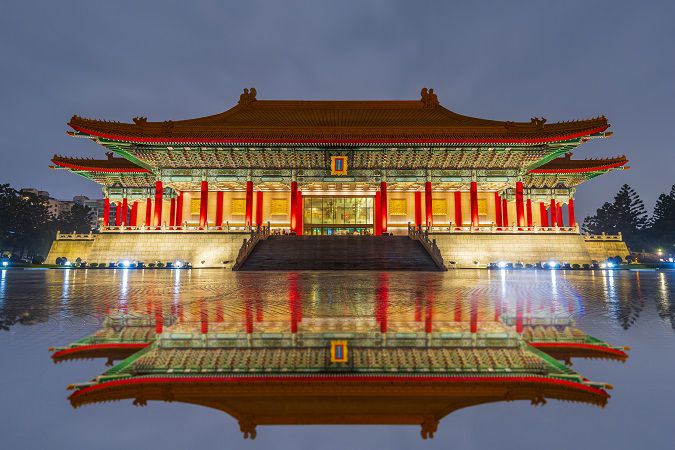 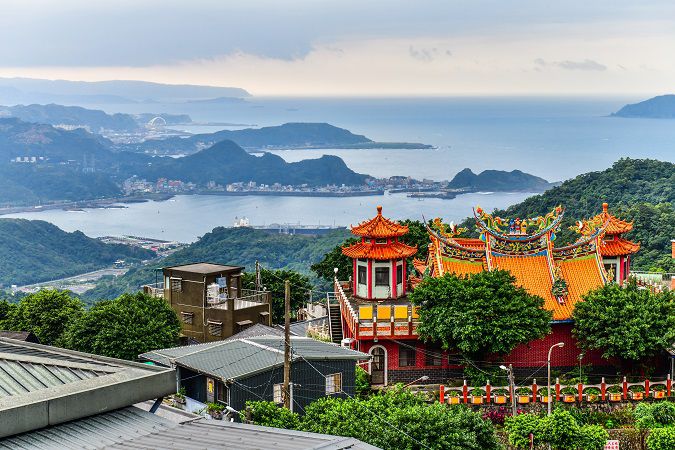 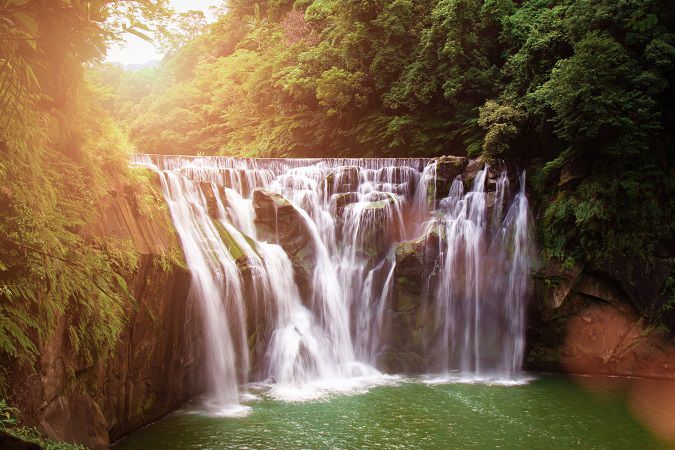 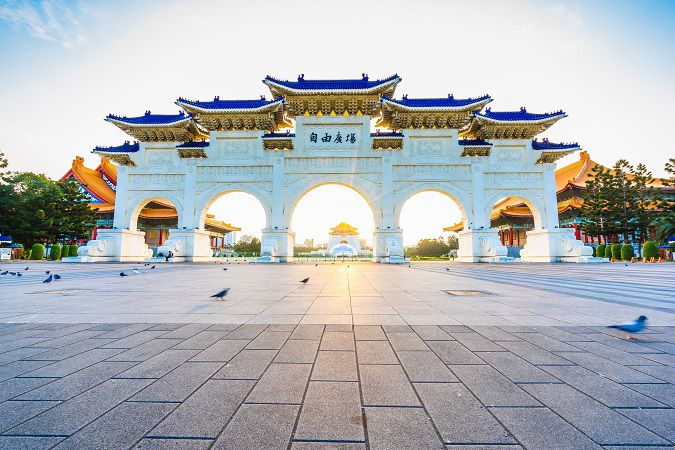 The June to October Summer period is Taiwan’s busiest season for tourists and the best time for those who are visiting Taiwan for the reefs and beaches to visit. Inland the mountains are warm and not too rainy and the orange flowers of the montbretia are blossoming in places like Alishan. However, summer is also the hottest season and the time when accommodation and travel prices are highest.

Those visiting in the shoulder season of spring get a chance to see the famous cherry blossoms and enjoy the year round activities like eating and shopping but with less heat and crowds. Fall is another lovely time to visit Taiwan, despite the potential for typhoons, because many tourists have gone home, so prices go down and the weather is mild and good for land based outdoor activities like hiking. It is often said that the worst time to visit Taiwan is during the holiday season of January and February because accommodation is hard to find and many attractions and businesses will be closed for the frequent public holidays.

Farmers from mainland China settled in Taiwan about 4,000 years ago and are believed to be the ancestors of today’s Taiwanese aborigines. The islands of Taiwan were ruled by various tribes, whose hostility repelled invaders and traders for centuries. During the 13th century, Han Chinese began settling the Penghu islands.

The Dutch East India Company failed in an attempt to set up an outpost on the Penghu Islands due to intervention by Ming authorities in 1622. Fort Zeelandia was established on Tayouan islet off Anping, Tainan by the Company in 1624. At that time, the area was populated by a variety of tribal settlements, each with their own chief, some of which had fallen under Dutch control by the 1650s. The Spanish conquered northern Taiwan in 1626, and set up forts and colonies which lasted until 1642, when Dutch forces captured the area.

The Dutch were defeated in 1666 by loyalist, Koxinga (Zheng Chenggong), fleeing the fall of the Ming Dynasty. Koxinga and his heirs ruled the renamed Kingdom of Tungning until 1682, regularly raiding the coast of mainland China.

Quing Dynasty forces captured Taiwan in 1683 and absorbed it into the Fujian province. During this time, Fujian immigrants moved to Taiwan and there was regular conflict amongst Chinese from different regions as well as with local aborigines. The Qing created Taiwan as a separate province in 1885, with Taipei as the capital. A process of modernization followed which saw the construction of Taiwan’s first railway and the introduction of a postal service.

The Japanese gained control of Taiwan and Penghu as a result of the 1894-1895 First Sino-Japanese War. The Japanese industrialized the islands, extending the railways, implementing sanitation systems and introducing formal education. Production of the main crops of rice and sugar cane increased to the point that Taiwan was world’s seventh largest rice producer by 1939. The Japanese marginalized and persecuted the Taiwanese and aborigines. They instigated a deliberate campaign in 1935m to teach the subjects of the Japanese Empire to see themselves as Japanese, with some success. During World War II, tens of thousands of Taiwanese served in the Japanese military. Japan used Taiwan as base for naval and air campaigns throughout to war, which, along with industrial targets, made Taiwan an object for regular and heavy Allied bombing.

In October 1945, the Japanese surrendered Taiwan to the Republic of China (ROC) troops. The ROC considered the turnover of Taiwan to be completed from that time, while the Allies considered it to be a military occupation of a place under Japanese sovereignty until Japan renounced all claim in 1952.

The ROC administration was not popular in Taiwan which, along with economic issues, led to great unrest in Taiwan during 1947. At the same time, the Chinese Civil War between Nationalists (Kuomintang) and Communists was in progress on mainland China, from which the Communists emerged victorious to form the People’s Republic of China (POC) in 1949.

From then onwards, the territories under Kuomintang ROC control were reduced to Taiwan and a few other islands. Despite this, the ROC continued to claim the right to rule all China, including mainland China, Outer Mongolia and Taiwan. By contrast, the Communists of mainland China claimed that the ROC was extinct and that there was only one China, which included Taiwan.

The ROC declared martial law in 1949, which was used to suppress political oppositions and lasted until 1987. A one party policy prevailed and anyone perceived to be pro-communist or anti-nationalist was subjected to persecution, which could include, amongst other horrors, imprisonment, torture and death.

Throughout the 1950s, the ROC government constructed military fortifications across Taiwan, as well as the Central Cross-Island Highway. The Chinese civil war continued throughout this time, with sporadic unpublicized clashes and raids. 1958 saw the establishment of Nike-Hercules missile in Taiwan, which were not deactivated until 1997, when they were replaced by new systems.

Technological innovation and industrialization allowed Taiwan to recognize rapid economic growth during the 1960s and ’70s, even while the ROC maintained an authoritarian, single-party rule. This growth, along with American support, allowed Taiwan to establish fiscal independence from mainland China. Anti-communist ideals left most Western nations to consider the ROC to be China’s sole legitimate governing body during the Cold War. After the Cold War, this recognition largely switched to the PRC while Taiwan retained a status as an independent territory known as the Republic of China.

A quashed pro-democracy protest in 1979, united Taiwanese opposition forces to push for reform. The Government began to enact a process of liberalization from about 1984. The first official opposition party, the Democratic Progressive Party (DPP), was allowed to form in 1986 and martial law was lifted in 1987.

The first ethnically Taiwanese president of the ROC succeeded the presidency in 1988, following the death of the original incumbent. Democratization continued, including a policy of increased localization, which promoted Taiwanese culture and history rather than pan-Chinese identity. The bans using Taiwanese Hokkien language in schools and the media were removed. In 1991, government officials who had held positions without re-election since 1947 were forced to resign.

The president was re-elected in 1996, in what was the first democratic election in the history of the ROC. In 2000, DPP representative Chen Shui-bian, was the first elected non-KMT President. He was re-elected in 2004. Today, the politics of Taiwan are polarized between the Pan-blue Coalition, who favor Chinese reunification and the Pan-Green Coalition, which prefers the prospect of an independent Taiwan. To this day most countries do not recognize the sovereign state of ROC, mainly due to pressure from China, so it remains in diplomatic limbo, with trade missions around the world rather than embassies, but still asserts a measure of authority.

In 2007, the ruling DPP formally asserted a separate identity from China. In 2008, elections returned control to the KMT, with presidential stated aims of increased economic growth and better ties with the PRC.

Taiwan has a well formed regional identity, separate from mainland China, made from a blend of ideas and traditions brought by the various people who settled the region. The Taiwanese are a hardworking, family oriented, polite and pragmatic people, known for hospitality. Food plays a large part in Taiwanese culture with many activities and even festivals centered around food based traditions.

Taiwan has a tropical marine climate. The rainy season lasts from January to March, followed by spring from April to June – some areas experience extended rain, known as the ‘plum rains’, in May. The humid hot season stretches from June to September. The winter season from October to December can get quite cool, with temperatures as low as 46°F.

The geography of Taiwan means that the weather can be very changeable, particularly in the mountains. Typhoons (tropical cyclones) are common between July and September. Visitors, particularly those planning to undertake outdoor activities should check weather forecasts ahead of time and come prepared for a variety of likely weather conditions.

Yellow cab taxis are widely available, particularly in big cities like Taipei, and although it is possible to book a taxi by phone, it is generally not necessary - just go out onto the street and hail one. Drivers cannot usually read English so be sure to have the required address written down in Chinese beforehand. Fares are metered and tips are prohibited. The rate is more expensive after 11:00 p.m. and before 6:00 a.m. - make sure the 11:00 p.m. button is not pushed during normal hours. If required, taxis can be booked through dispatch centers such as Taiwan Taxis (+886-4058-8888). Alternatively, visitors could try one of the many the government regulated Taipei Tourist Taxis, such as Taipei Star Taxis (+886-2882-5566).

Taiwan has a fantastic new high speed train system that links all the major cities. It is run by Taiwan High Speed Rail (THSR). The trains and system are modern and efficient and even traveling economy is comfortable. Tickets can be purchased at the station, ticket machines or ticket offices, 7-11 and Familymart stores, or booked in advance either online or by phone (+886-2-6626-8000). Visitors can get around Taipei using the underground subway system known as the MRT. Visitors moving between neighboring cities could try the Taiwan Railway Administration (TRA) commuter trains, tickets for which can be bought online in advance or from the station on the day of travel.

Taiwan has a number of bus services, with the private coaches being the most comfortable, modern and luxurious. The public bus service is also clean and efficient, although route maps and information will usually be in Chinese. The bus will often have the destination signed in English, so the best plan is to get assistance the hotel about where to catch the bus, then have the destination marked in Chinese on a map to show the driver. The newly launched Taiwan tourist shuttle (http://www.taiwantrip.com.tw/) offers more direct routes to tourist attractions that might otherwise be difficult for visitors to get to using public transport. 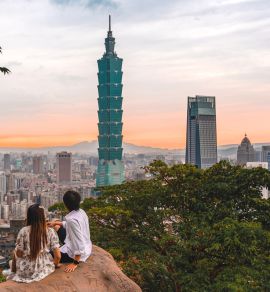 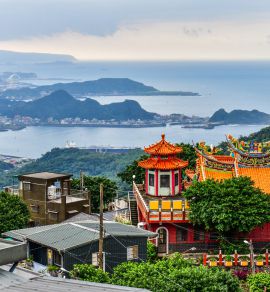 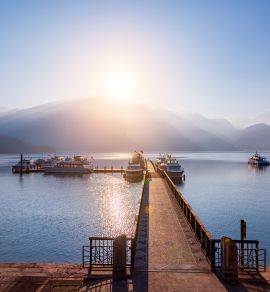