Before 1970, Oman was underdeveloped and clearly lagging behind many of its Middle Eastern neighbors. When Qaboos bin Said al Said, the current head of state of Oman, entered the picture, everything changed. Education, infrastructure, and more importantly, tourism were developed in this country clearly on the crossroads of the powerful Gulf region.

Sultanate of Oman is a stunning country situated on the southeast corner of the Arabian Peninsula where the travelers can experience versatile mountain ranges, beautiful wadis, enchanting desert and the clear blue sea.

Oman combines incredible examples of natural beauty with a rich, proud history to create a holiday experience like no other. Oman's history tells stories of heroism, courage, wisdom, patriotism, love and devotion to homeland.

This brings us closer to understanding the richness of the Omani cultural experience which has contributed to the building of modern Oman. Oman's edifying heritage is inspirational as portrayed through its lively souqs, impressive forts, an assortment of cultural arts, majestic fragrances, affluent architecture, traditional jewellery, folk arts and performances.

Omani people take pride in their enriching cultural heritage and make an effort to conserve this wealth. Oman encompasses an unparalleled number of UNESCO-classified World Heritage Sites. Some of them are Bat with its beehive tombs dating back to 3,000 years; mysterious Bahla Fort and Ras Al-Jinz which is the abode of the exceptional Green Sea Turtles. 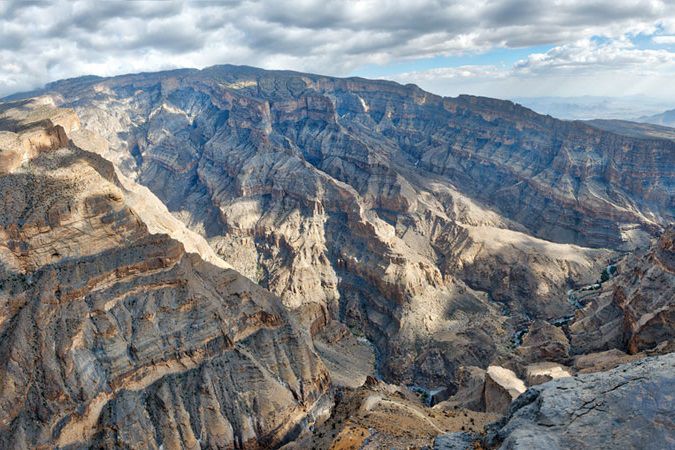 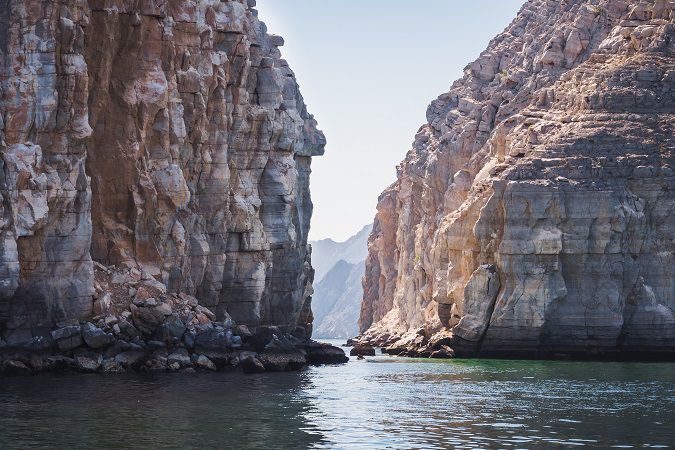 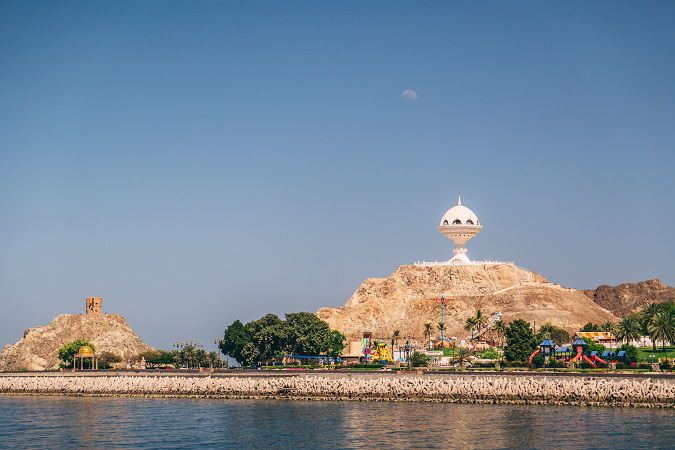 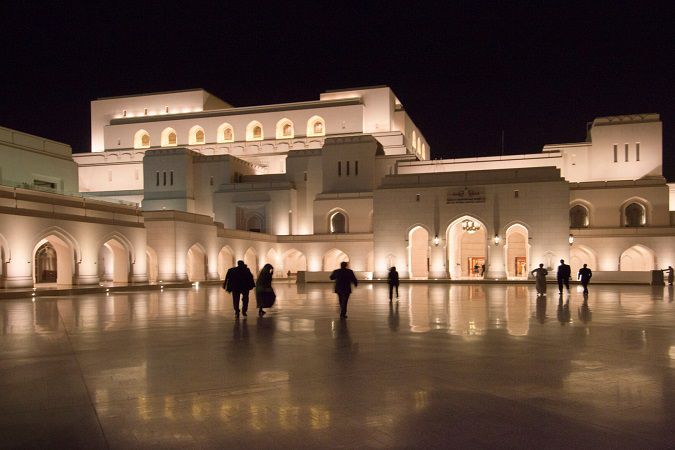 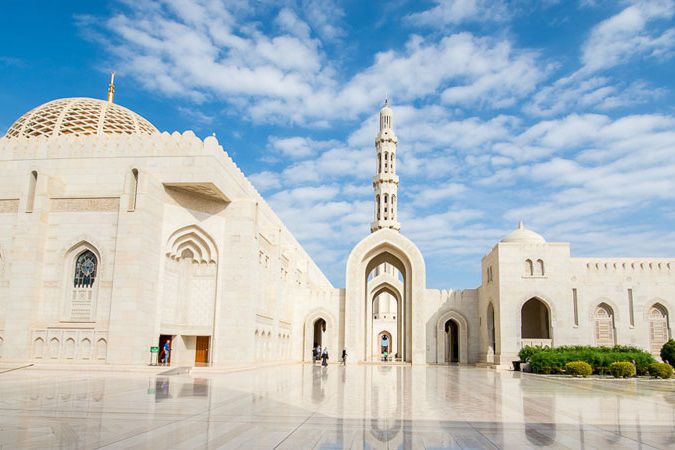 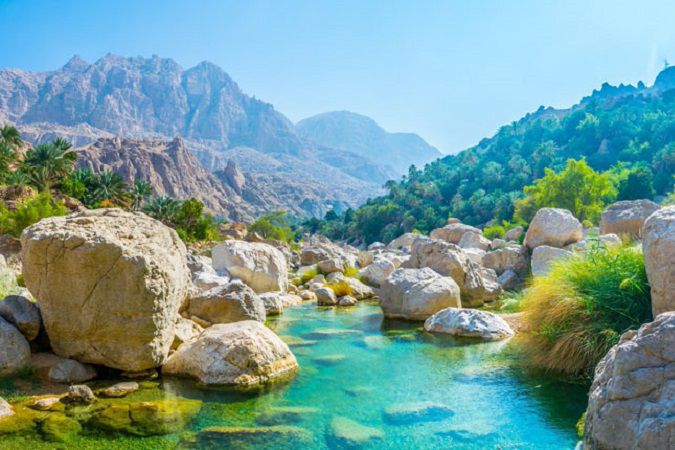 The best time to visit Oman is during the winter months. Most of the rains in the country do tend to fall during this time of the year. However, rainfall is very low, assuring visitors a pleasant stay. Between October and April, the temperature during the day is bearable, while things tend to cool down at night. Prices tend to go up during this time of the year as tourists from colder countries head down to Oman to experience the country’s moderate winter climate.

Archeologists have unearthed remains of human settlements in the territory of what is to be Oman which date as far back as the Stone Age and the Bronze Age. Among the relics found were stone implements, fire hearths, pottery, and pointed tools, some dating as far back as 7615 BC. Ancient cave art has been discovered, too, in Ibri in the northeast as well as in the wadis of Rustaq.

Oman was one of the first territories in the region to accept Islam. In 630 AD, the Prophet Muhammad sent one of his military commanders, ‘Amr ibn al-’As, to Oman to convert the rulers of Oman at the time. Upon its conversion to Islam, Oman played a significant role in the spread of Islam toward Iraq and Persia. More importantly, Oman’s seafaring ways and trade routes were the religion’s highway to Central Africa, India, and the rest of Asia.

During the Age of Discovery, the Portuguese explorers arrived on Omani shores. This occurred a decade after Portuguese explorer Vasco da Gama’s voyage to the Cape of Good Hope in Africa and to Goa, India. The Portuguese took over Muscat and, like the Persians who came before them, established forts to protect the trading routes passing through the seas of the region. Remnants of the fortifications the Portuguese built can still be seen in what is now the country’s capital city, Muscat.

The Portuguese never really conquered the entirety of Oman as their power only covered some port cities. Much of Oman remained under the influence of the ruling tribes of each region. These tribes eventually drove out the European colonizers and by 1741, an army of allied tribes, led by a Yemeni leader, rose to power and began the current line of sultans. The Al Said dynasty is one of the oldest and still surviving royal dynasties of the Arab world. Unlike rulers past, however, Oman’s rulers were now given the title of Sayyid, which reflected more of a secular, rather than spiritual, authority. The legacy remains as the title is still held by members of the royal family to present day.

As with the rest of the Arab world, Omani culture is closely tied to the Islamic faith. Most Omanis are Muslims. However, the majority of them practice Ibadi, a form of Islam which originated in the country and is distinct from the majority denominations of Sunni and Shia.

Omanis are very humble and down-to-earth. However, two very important aspects of Omani culture are dignity and respect. They regard these values so strongly that insults and name-calling can be a basis for taking someone to court. Criticisms, whether personal, national, or superficial such as appearance or behavior, are generally not appreciated.

Rules of etiquette when traveling in Muslim countries generally apply to traveling in Oman. Women must dress modestly outside the comforts of modern hotels, ideally clothing that covers shoulders and legs and certainly not items that are form-fitting or too tight, while men must wear trousers and sleeved shirts. Outside the main cities of Muscat and Salalah, there is strong segregation in society between genders. In many contexts, it may be considered inappropriate for men to interact with the opposite gender.

Weather in Oman is typically hot with generally very little rainfall, characteristic of places where the desert largely forms part of the geography. In the capital Muscat, average yearly rainfall is only 3.9 inches. This little amount of rain tends to fall mostly in the winter months, particularly January. In the south, the Dhofar region catches the southeast monsoon passing from the vast Indian Ocean. This microclimate is called the Khareef. It makes the region lush, wet, green, and tropical during the months of June through September, a very big contrast to the rest of the region.

It can get very warm to downright scorching in many parts of this dry, desert country. The hot season begins around May and continues through September. The temperature averages during this time range from 97°F to 104°F, sometimes even reaching up to 122°F. The winter months are comfortably warm in the day, becoming cool at night. January temperature averages range from 63°F to 81°F.

Those planning a visit to the Sultanate of Oman will need to check the Royal Oman Police website (http://www.rop.gov.om/english/dgpassportvisas.asp) for the latest advisory on visa and immigration requirements. Nationals of many countries are permitted to travel to Oman by obtaining a visa at the port of entry. These include citizens of the US, the UK, Australia, and Canada. A 30-day single-entry tourist visa obtained upon arrival at Muscat International Airport is available. A recently introduced 10-day visa can now be obtained upon arrival.

Private taxis can be hired on the streets or by ordering one by phone. Two reliable companies are Hello Taxi (+968-24-607-011) and City Taxi (+968-24-602-211). Taxis are not metered in Oman so fares need to be negotiated before getting in. To inform the taxi driver that you are hiring the cab as a private taxi, you need to say “engaged taxi.” Otherwise, he will take in more passengers along the way, as a shared taxi does.

Oman has a good network of roads in generally good condition. Motorways connect many of the major towns and cities. A car rental is definitely a good option for those visiting the country. Car rental companies, both local and international, are available in hotels and airports including Muscat International Airport and Salalah Airport. When possible, a four-wheel drive is best for driving in Oman. There are many good places for off-road driving in this country.

There is over 1,900 miles of coastline in Oman and ferries can be a good option for those visiting some of the major port cities. The ferries are comfortable and the views of the coastline along the way are majestic. The main maritime transport operator is the National Ferries Company (http://www.nfc.om). Its fleet provides transport to both locals and tourist traveling to and from the port cities of Muscat, Khasab, Lima, and Shinas. Ferries by the company can also be hired for exclusive services.

There are currently no railway systems in place in Oman. However, there is a rail project set for completion in 2017. This will connect the major destinations within Oman to other places within the Gulf region.

The major cities of Oman are connected via a network of coaches and minibuses. The network is run by the Oman National Transport Company (http://www.ontcoman.com). It has daily services to and from many provincial towns and cities. The buses are generally reliable and comfortable. Within the cities, shared taxis function as buses. They can be slow but they are the only public transport available. 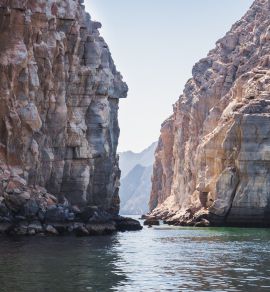 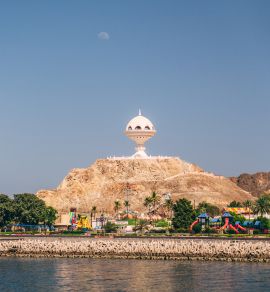