The Republic of the Philippines is an archipelago consisting of more than 7,000 islands and islets lying about 800 km off the southeast coast of Asia and stretching 1,850 km from north to south. It is bounded by the Philippine Sea to the east, the Celebes Sea to the south, and the West Philippine Sea to the west and north. Manila is the biggest city and the national capital. It is located in Luzon, the largest island. Only about two-fifths of the islands and islets have names, and only 350 are larger than one square mile.

The Philippines was dubbed the ‘Pearl of the Orient’ by the Spanish, and it doesn’t take visitors long to see why. Aside from the literal fact that it is a pearl producing nation, it is a special country, blessed with a rich culture, tasty cuisine and many UNESCO World Heritage Sites. 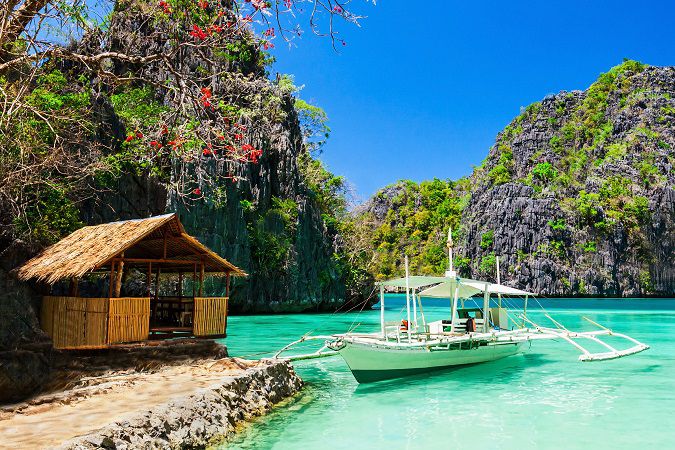 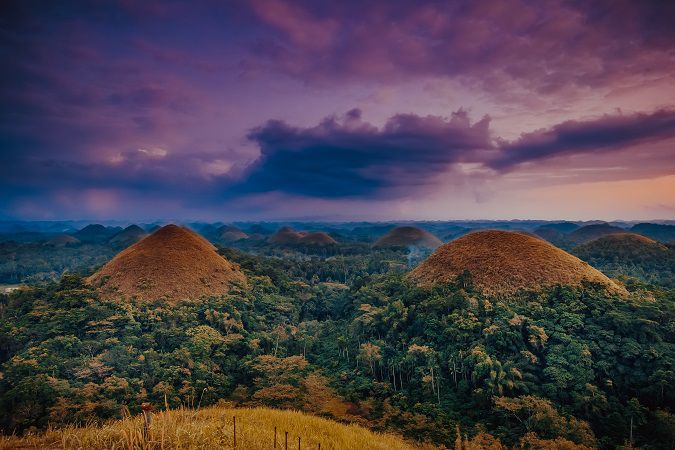 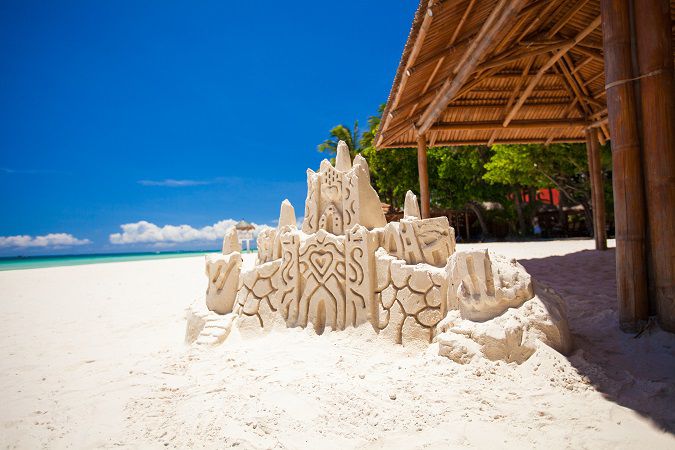 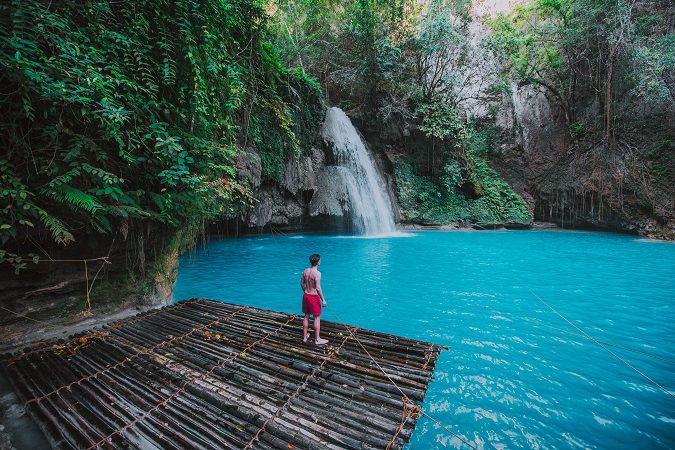 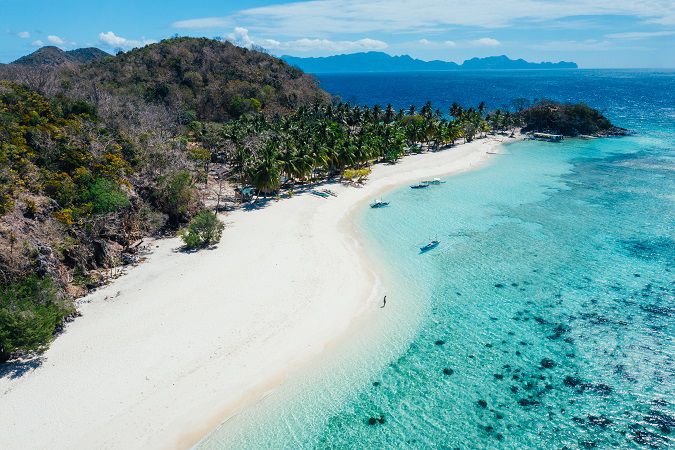 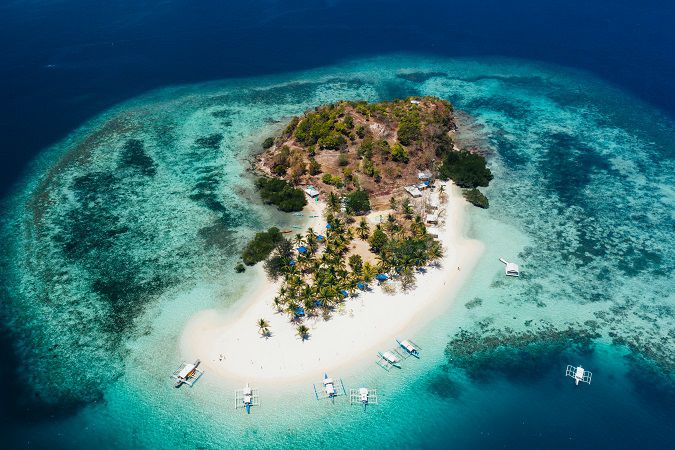 The cooler months of November through January are the best time to visit the Philippines. There is less chance of extreme weather and this is also when many of the nation’s festivals take place. Christmas in December is also the busiest time for locals to travel between the islands, which can make transportation more expensive and crowded.

Beachcombers and ocean enthusiasts can take advantage of the very hot weather in May and June and there are also a number of colorful festivals that take place during this time. The Philippines is a popular destination year round, but the months of February, July, August and September see fewer visitors and therefore the best chance for a deal.

The Republic of the Philippines is an archipelago consisting of more than 7,000 islands and islets lying about 800 km off the southeast coast of Asia and stretching 1,850 km from north to south. It is bounded by the Philippine Sea to the east, the Celebes Sea to the south, and the West Philippine Sea to the west and north. Manila is the biggest city and the national capital. It is located in Luzon, the largest island. Only about two-fifths of the islands and islets have names, and only 350 are larger than one square mile.

The Philippines is home to about 102 million people. Filipinos comprise of 111 cultural and linguistic groups of Malay-Polynesian origin, with varying degrees of Chinese, Spanish and American influences. About 90 percent of Filipinos are Roman Catholic, with smaller numbers of Protestants and Muslims. The national language is Filipino, although English is the language of commerce and politics.

Because it was ruled by Spain for 333 years and the United States for a further 48 years, the Philippines has many cultural affinities with the West. It is the fourth most populous country in which English is an official language and the only Christian country in Asia. Educationally, it is among the most advanced of Asian countries.

Filipinos are warm, hospitable and fun-loving people. Throughout the islands, there are fiestas celebrated everyday and foreign guests are always welcome to their homes.

The islands of the Philippines archipelago are subject to a maritime tropical climate with a year-round average temperature of just under 80°F. There are three seasons, the hot summer, the wet monsoon period and the cooler dry months.

The hot season runs from March to May with temperatures averaging around 85°F at their peak. The rainy monsoon season also sees warm weather with temperatures around 83°F. It starts in May and ends in October, characterized by high humidity and frequent storms. The cooler, dry season runs from November to February. January is the coolest month with averages about 78°F, but still plenty warm for a beach visit. Highland areas tend to be a little cooler than the lowlands.

The Philippines is prone to typhoons or tropical cyclones, particularly from June to October. In the summer months drought is common and can cause frequent power outages due to a shortage of water to run the hydro-electric plants.

Visitors intending to visit the Republic of the Philippines should check out the Department of Foreign Affairs website (http://www.dfa.gov.ph/main/) to determine whether a visa will be required to enter the country. Most travelers, including American, Australian and British citizens may come for up to 21 days without a visa. Foreign guests are required to have a passport that is valid for at least six months beyond the date of arrival, as well as an onward or return ticket. It is advisable to get vaccinated against hepatitis A and B, Japanese encephalitis and rabies.

Yellow cabs are a reasonably convenient way to get around the larger cities of the Philippines as long as you insist that the meter be turned on, keep small change handy to pay the exact fare, and ask for a receipt. It is common to tip about 10 pesos in addition to the metered amount. MGE (+63-2-364-8260) and EMP (+63-2-293-5960) are known as two of the more reliable companies in Manila. Three-wheeled motorbike taxis are an alternative that can be hailed on the street, although passengers should agree on a set price before getting in.

While the presence of international companies such as Avis, Europcar, Hertz, and National mean that car rental can arranged simply enough, actually driving around there can be a bit more of a challenge. The roads in the major cities, towns and developed areas tend to be reasonable though often crowded and poorly marked. Conditions quickly deteriorate in rural areas. Those wishing to take their car on a ferry to the different islands should be aware of the port taxes, which can be as high as airfare. A popular alternative is to hire a scooter or motorbike on arrival to get around the smaller destinations.

The Philippines is a cluser of islands so water travel features prominently as a means of getting around. In Manila, Pasig Ferry Service has a cheap, bus-style boat that takes you between stations on the Pasig River. There are a number of operators, including WG&A (+63-2-249-2978) and Oceanjet (+63-32-255-7560) that offer inter-island ferry services at reasonable prices. Travelers should take care not to board overcrowded vessels and use common sense when deciding to travel during inclement weather, as some captains are prepared to depart regardless of the conditions.

A lack of rail infrastructure means that trains are not the most efficient way to get around the Philippines. However, the Philippine National Railways (PNR) (+63-2-319-0041) operates the Commuter Express (Commex) in the Manila Metropolitan area, as well as two inter-city services, one going to Naga, the other to Ligao.

Buses are one of the cheapest and most practical ways to get around in the Philippines. ALPS The Bus (+63-43-723-9033) is one of the largest service operators in the country, running between the Batangas, Bicol and western Visayas regions. Vallacar (+63-2-995-0192) has a huge fleet of modern air-conditioned buses running rural transit around the regions of Bacalod City, Cebu, Davao, Dumaguete, Iloilo City, and Manila.

Jeepneys are converted WWII US Military jeeps that serve as an alternative form of transportation. They are cheap and tend to run set routes along major thoroughfares. The destination will often be marked on the side of the vehicle and passengers can get on by flagging down the driver. Passengers should keep an eye out and let the driver know when they want to get off, which is also the time at which to pay. 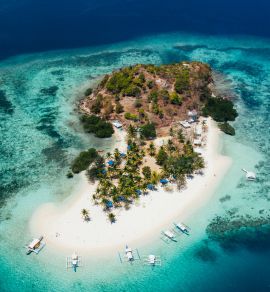 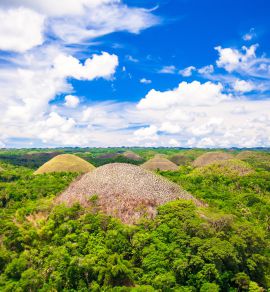 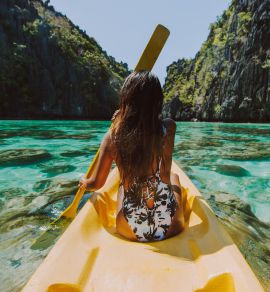