With Myanmar’s (formerly Burma) government granting more freedom to its people, now is as good a time as any to visit this jewel of Asia. Since the military junta’s oppressing rule and difficult entry requirements to date, Myanmar has only been visited by hardcore travelers. It's a beautiful country that remains relatively untouched by modernization and is characterized by its kind people.

Myanmar is an unexplored natural and cultural wonder that offers one of the best authentic experiences for the traveller to Asia. From the snow-covered rugged Himalayas in the north to the pristine deep blue waters in the south, Myanmar is a land blessed and abundant.

The natural attractions include caves, corals, lakes, rivers, beaches, islands, and mountains, whilst the connoisseur of culture and history will find pagodas, an array of vibrant festivals, 135 tribes and a spread of delicious cuisine to tantalise their taste buds. 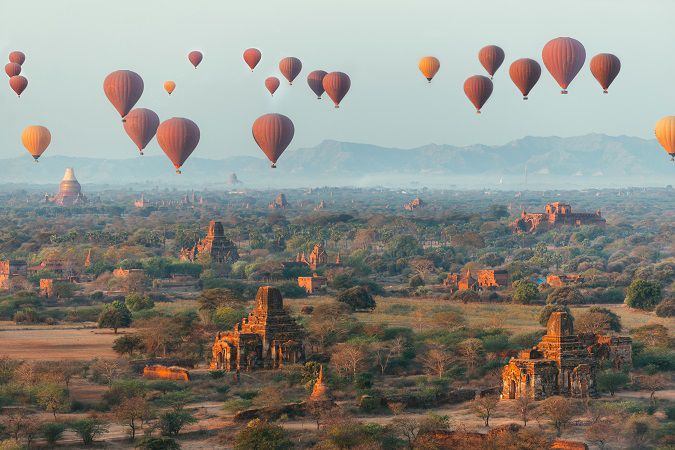 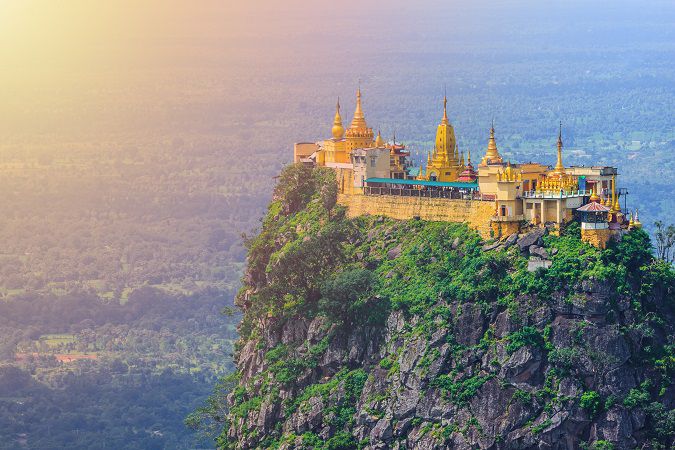 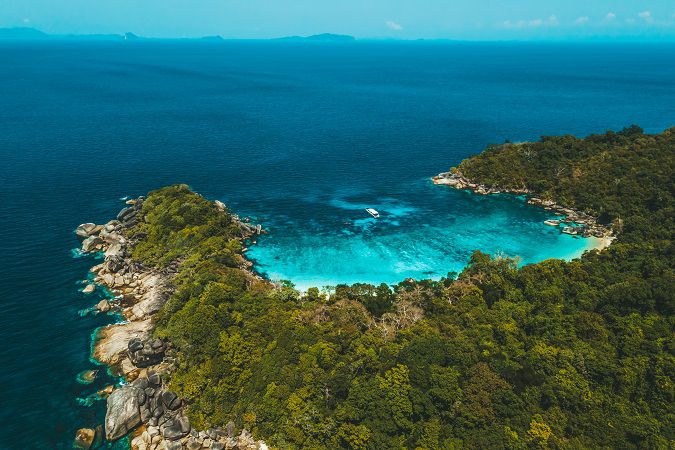 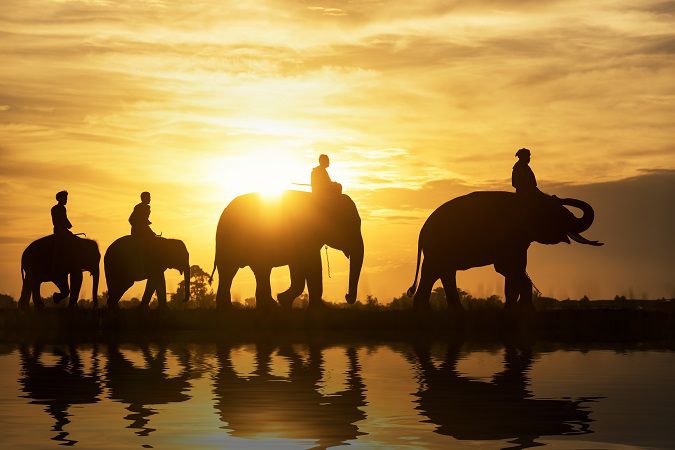 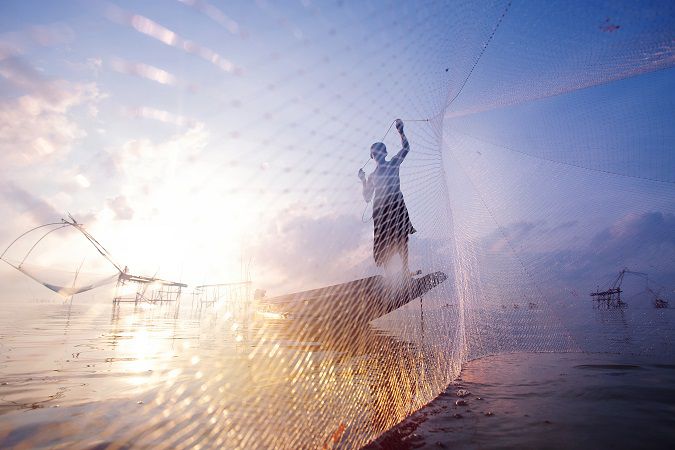 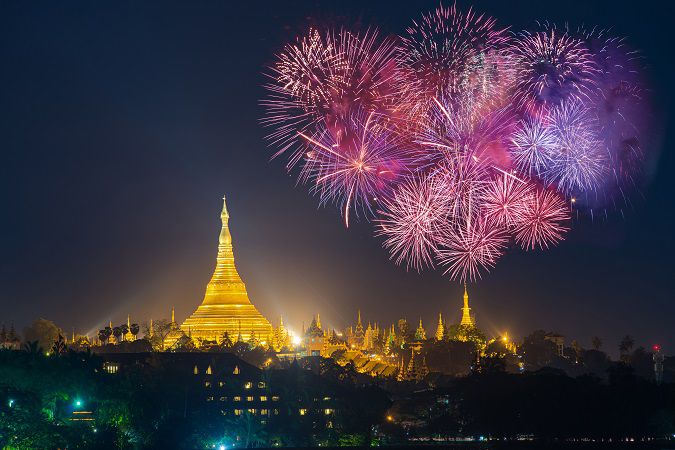 In terms of weather, the best to visit Myanmar is between November and March which is pleasant during the day and cool at night. This is also a popular time for European visitors and top hotels may be booked up. Reservations need to be made in advance, particularly over the Christmas season. November to March is also after the monsoon season, which means little rainfall and before the hot weather really arrives.

Official language: Burmese, which is Sino-Tibetan.

The first inhabitants of Myanmar date back to the Bronze Age, with settlements and artifacts found by archaeologists in and around the Irrawaddy River basin. The early inhabitants used agriculture to sustain themselves which remains an important part of the economy today.

The Mon are considered to be the first major inhabitants of Myanmar, who settled in the central part of the country during 6 BC and onward. There are records of the Mon in the Irrawaddy delta who were led by the King Rajadhirat. It is believed that they initially brought Buddhism to the country, with its close trade ties with India.

During 1st century AD, the Pyu settled in Myanmar, founding highly civilized cities, which peaked during the 7th and 8th centuries AD. The most important was in modern day Pyay in Central Myanmar, along the Irrawaddy River. The ruins of this civilization can still be seen today, with one of the most extensive archaeological excavations in the area. The Shwesandaw Paya offers the best views of this old city.

The Nanzhao of China, the original people of Myanmar, emigrated from southern China, today’s Yunnan. Although powerful and conquering the Pyu cities, the Nanzhao empire faded by the 10th century. It was King Anawrahta, during the 11th century, with its capital in Bagan that united Myanmar for the first time. It was this Bagan Empire that covered an area bigger than modern Myanmar and visitors can still see remnants of this amazing kingdom in Bagan today. By sheer number of temples, stupas, pagodas, and monasteries, the Bagan Empire exuded wealth and prosperity.

The Bagan Empire fell after the invasion of the Mongolians during the 13th century, and they reigned and terrorized many parts of Asia. Under this turmoil, the Shan state was formed and the Mon created a new empire in the south. It was during the reign of King Bayinnaung in the 16th century when Myanmar invaded siam, capturing Chiang Mai and sacking the capital of Ayutthaya. They were based in Bago northeast of current Yangon, a capital that grew in importance as a trading city. This era also started the back-and-forth wars with Siam, today’s Thailand.

In 1886, Myanmar became a British colony and remained so until 1948. In the early 20th century, a nationalist movement was born by General Aung San. The struggle also involved fighting with the Japanese, who occupied Myanmar for a short period during WWII. General Aung San remains a national hero and is the father of Aung San Suu Kyi, the Nobel Peace Prize winner and leader of Myanmar’s democracy movement. Unfortunately, he never saw the fruits of his labor after being assassinated in 1947.

In 1962, the military led by General Ne Win took control of the country and Myanmar has been under their reign ever since. The oppressive dictatorship has led to many protests and unrest, with many rebels killed or held without trial. In 1990, the military government held "free" elections for the first time in 30 years and Aung San Suu Kyi’s party, the National League for Democracy (NLD) won by an 80 percent majority. However, this outcome was nullified. The country’s name was officially changed from Burma to Myanmar by the military, which continues to rule today, but is beginning to open up. Aung San Suu Kyi still leads the NLD and in 2012 won a seat in the lower house of parliament.

In recent years the country’s leadership has surprised everyone with the rapid pace of democratic change. Having taken the country from breadbasket of Asia to basket case, the Military shed it’s stubborn face with the retirement of strongman Than Shwe and made an about face in reforming the administration and freeing political prisoners. Sanctions are now being dropped as this backwards country of 70 million embark on a rapid economic emergence from a dark era.

Myanmar’s culture is heavily influenced by Buddhism, the main Bamar people, the Mon people, and the Chinese. This is true of the literature, dance and arts which visitors will be able to see during their visit. The people of Myanmar tend to be very religious and will observe all major Buddhist festivals.

Just a few years ago, all men in Myanmar were still wearing longyi, a sarong, but this is giving way to jeans and pants, especially in the cities. In the countryside, travelers will see plenty of men still wearing longyi. Most women, however, still dress in the traditional skirts and blouses. At the Bogyoke Market in Yangon, visitors can easily get traditional dresses made-to-measure.

Travelers should always dress conservatively, especially when visiting Buddhist shrines and temples – no shorts, tank tops or revealing clothing are allowed. Respecting local customs is important in Myanmar and donations at temples are seen as a nice gesture by visitors.

As with most Southeast Asian countries, Myanmar experiences three seasons: hot (March to May), rainy (June to October) and cool (November to February). Myanmar is a very mountainous country and weather and temperatures vary greatly from the lowland to the peaks as the altitude changes. Generally temperatures during the hot season can reach 104°F and can feel sweltering. The rainy season is the monsoon time and sees plenty of rainfall throughout the day and night, with the largest amounts in July and August. Temperatures at this time range from 75°F to 84°F. The cool season, sees lows of 62°F during the night and highs of 82°F during the day.

Since Myanmar is so long, roughly 1,275 miles from the north to southern tip, that temperatures and climate varies greatly by region. Cooler weather is experienced in the north and northwest part of the country where there are high mountain ranges. Almost the entire western side of the country is coastline, where there is more rainfall. So, even during the hottest time of the year, visitors can enjoy cool climates in the mountains, which is what the British colonialists did.

All travelers to Myanmar require a valid visa obtained in advance from a Myanmar Embassy. In the US, the Embassy is located in Washington DC: (http://www.mewashingtondc.com/home_en.php). Visitors are required to have a passport valid for at least six months and visa applications take about two weeks to process. Entry equirements and regulations are ever-changing, so check the latest from the government before booking a trip.

There are also a number of restrictions to enter Myanmar overland. As a general rule of thumb, it is not possible for non-Chinese nationals to from China, Laos, Thailand, India, or Bangladesh. There are some exceptions for groups, which will need to obtain special permission prior to travel. It is currently not possible to venture further than just the border town of Thailand.

The big cities in Myanmar offer taxis ranging from old Japanese sedans to new four-wheel drive vehicles. Taxis are an easy and cheap transportation option and can easily be flagged down anywhere in the city. For sightseeing, it is also easy to rent a cab and driver for the day, but fares need to be agreed upon in advance. For day rates, ask a local or at the hotel what the standard price should be and negotiate accordingly. Outside the major cities, visitors will find that rickshaw or trishaws are the only transportation option. Currently, there are no radio taxis in Myanmar.

Most locals will use buses to get around, which is the cheapest transportation option in the cities. In Yangon alone, there are over 300 public and private buses that offer transportation services. However, the network in Yangon is difficult for foreigners to figure out. Locals will be happy to help with finding the right bus.

The main train station in Yangon is the Yangon Central Railway Station serviced by the Myanmar Railway. It operates an extensive rail network that connects all major cities in the country. However, the tracks and cars are old, in bad repair and never on time, making it an unreliable and comfortable transportation option. Many of the night trains, such as from Yangon to Mandalay, are reservation-only, so be sure to buy tickets at least three days in advance. 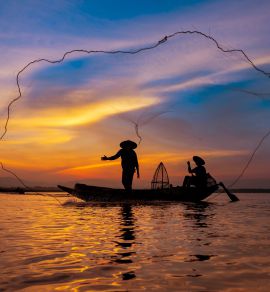 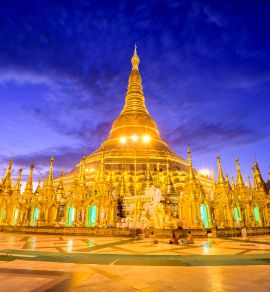 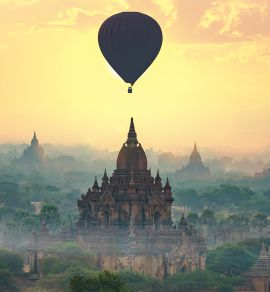 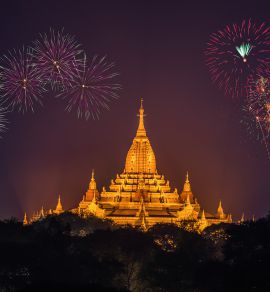