Welcome to the land of great cultural wealth, where nature is just as bit tame as it is wild, and where beautiful cities irrevocably entwine the East and the West for centuries. You’ve come to the right address because here is where you can discover what Serbia’s main touristic attractions are, how to make every last moment in Serbia memorable, and even book the desired accommodation!

Come, explore Serbia, its cities, unique natural beauty, old monasteries, archaeological sites, the remains of the Roman Empire, castles, châteaux, spas, ethno villages and many other things. Indulge your senses with superb Serbian national cuisine. Feel the burst of energy at some of the most exhilarating music festivals in Europe, and experience a unique nightlife that usually lasts until the early morning hours. 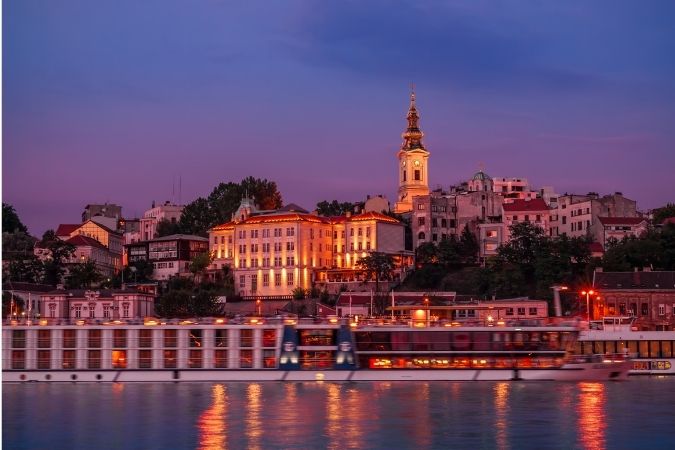 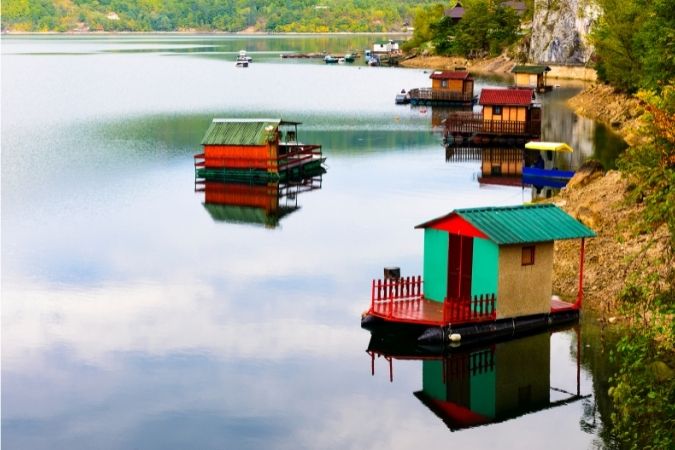 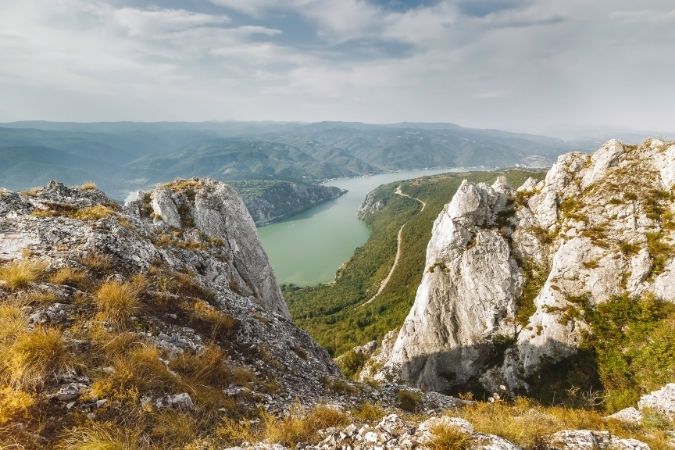 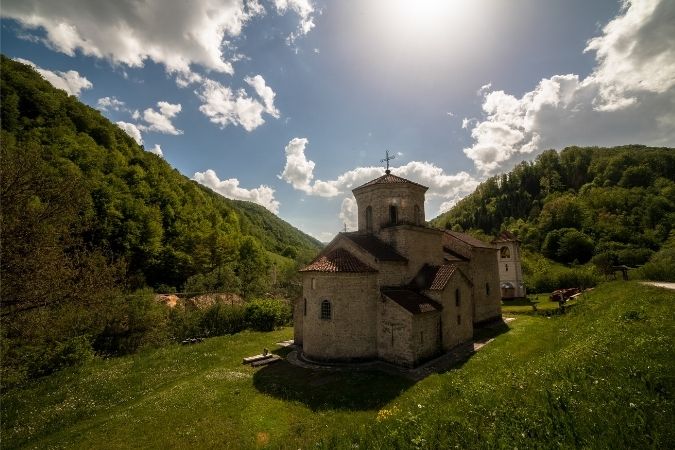 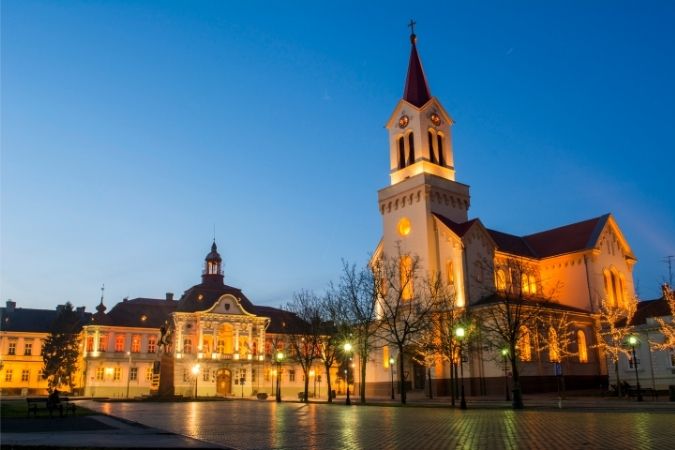 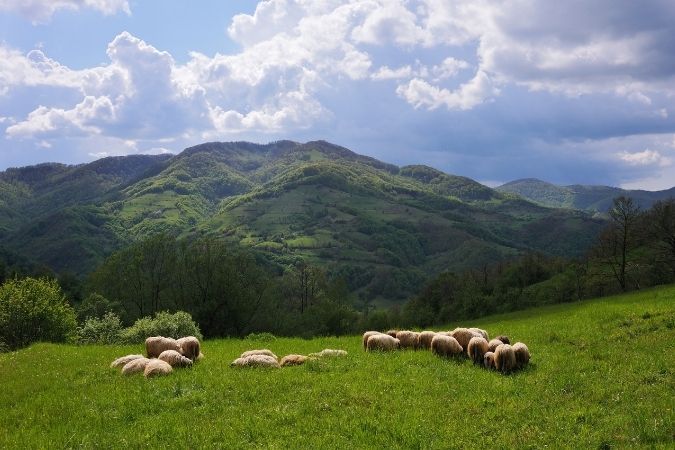 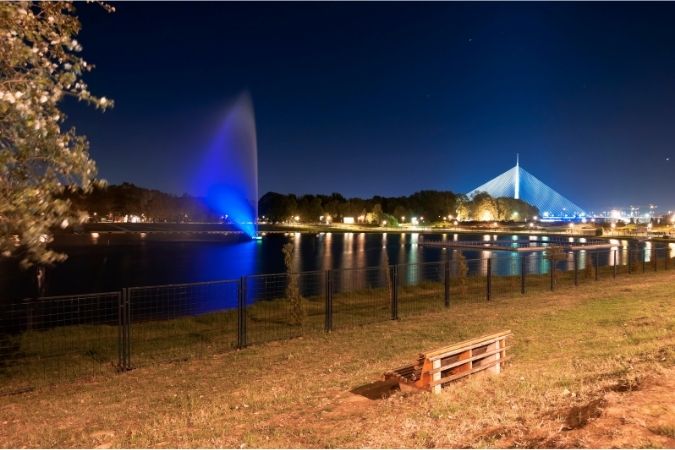 The summer months of July and August are both Serbia’s busiest season and most ideal time to visit. Even during the heat of Serbia’s high summer season, however, visitors will rarely encounter large crowds, and most of Serbia has yet to experience mass tourism. Temperatures are hot and rainfall is scarce during the summers. Summer visitors will also experience the largest amount of Serbian festivals and special events.

Crowds and costs both decrease even further during the spring and autumn, when temperatures are still mild enough to comfortably walk around most of the country. Winter, however, is the ski season, which begins in December and lasts until March. Although winters can be uncomfortably cold in the far north, visitors can still have an enjoyable winter vacation as long as they wrap up well.

Serbia’s first settlers were the Vinca and Starcevo peoples who lived around present-day Belgrade during the Neolithic Era. The Vinca are said to have created one of the world’s earliest writing systems. The first of Serbia’s many invasions happened around the 11th century B.C., when the community of Kale-Krsevica became the northernmost point of Alexander the Great’s vast empire.

Serbia then became a Roman Empire territory around 167 B. C., with the city of Sirmium being one of the most powerful in the empire. The famous Belgrade Fortress (Terazije 3 / V, 11000 Belgrade) was constructed as a Roman military camp during the first of more than 140 wars, which shook Serbia’s capital over the next 2,000 years.

Most of Serbia’s current population are said to be descended from the Slavs, who arrived in the territory during the 7th century Byzantine Era. The territory’s people converted to Eastern Christianity around 850, and rival chiefs called zupani battled each other for control of the country during the following five centuries.

The independent Kingdom of Serbia was established in 1217; its territory extended as far south as present-day Greece at the peak of its power in 1346. However, the Kingdom fell into Ottoman hands in 1459 following a series of unsuccessful battles against the Turks. Serbia would remain Ottoman Empire territory for over four centuries.

Although there were several Serbian uprisings during the country’s more than 400 years of Ottoman rule, Serbia did not regain its independence until the 1804 and 1815 Serbian revolutions. Fifty-eight skulls of Serbian soldiers stand at the Nis Skull Tower (General Milojka Lešjanina 14, Nis). The men were killed in a deliberate gunpowder depot explosion to avoid surrendering to the Turks in 1809. The tower is one of Serbia’s most brutal reminders of this tumultuous era.

Serbia was not fully recognized as an independent nation until 1878, after the end of the Russo-Turkish War. The most famous event in Serbian history is Archduke Ferdinand’s 1914 assassination, which launched the 1914 Austro-Hungarian invasion of the country that grew into WWI. After the war ended, Serbia and its surrounding Slavic territories merged into a single nation that would eventually become Yugoslavia.

Josip Broz Tito, a WWII field marshal, abolished Yugoslavia’s monarchy and made the country a Communist republic in 1946. Between the end of WWII and the early 1990s collapse of Communism in Eastern Europe, Yugoslavia was considered one of the area’s most stable and Western-friendly countries. That changed in the early 1990s, when Slovenia, Croatia, Macedonia, and Bosnia and Herzegovina all broke away from Yugoslavia.

Montenegro and Serbia were Yugoslavia’s only two remaining republics by 1992. The territory of Kosovo brought Serbia into further conflict when its Albanian separatists declared their independence from the country in the late 1990s. To this day, Serbia does not recognize Kosovo as an independent nation. Serbia and Montenegro split into two separate countries in 2006, and Serbia’s new era of peace and prosperity has only just begun.

Despite centuries of conflict with their neighbors, the Serbian people are warm and welcoming to visitors, as long as they do not take photographs of recent bomb damage and avoid discussing the controversial topic of Kosovo. Serbs were not allowed to own property, play musical instruments, or even read and write during the country’s four centuries of Ottoman rule, but they have certainly made up for lost time. The most distinct Serbian musical instrument, the one-stringed gusle, was invented in order to get around the strict Ottoman rules about making music. Today, many of Serbia’s best-known pop acts incorporate traditional Serbian sounds into their music.

Serbia now contains more than 30 art galleries, 140 museums, and a unique brand of black humor that has helped the country’s people get through the many ups and downs. Orthodox Christianity is Serbia’s most dominant religion, and each Orthodox family sets aside one special day to celebrate their own patron saint. Traditional Serbian toasts require everyone to look each other in the eye and say ‘Ziveli,’ before sipping on their drinks.

Serbia has two distinct climates. The weather in the north is typically cold in winter and hot and humid in summer. Summers are hot and dry in southern Serbia. Rainfall is evenly distributed throughout the year in northern Serbia while the country’s southern coast experiences a more Mediterranean climate compared to its continental interior.

Serbia’s average temperatures range between 81°F during the height of summer and 23°F in the middle of winter. Northern Serbia receives more rain and snow than southern Serbia, while inland Serbia receives three times more precipitation than coastal areas. The many mountain ranges help cool most of the country’s warm air masses, while easterly ‘kosava’ winds help dry the autumns and winters.

Sandžak’s winters are especially harsh, and the autumns are generally milder than its springs. June is Serbia’s rainiest month, while February and October are the driest months. Serbia enjoys between 1,500 to 2,200 hours of sunshine each year.

Indian citizens do not require a visa to enter Serbia for a short stay, if the purpose of visit is tourism, visit, transit or business. All visitors arriving in Serbia must have a valid passport or other travel document issued by the government of the country of citizenship or nationality.

Taxis are readily available and metered in most Serbian cities. Visitors can avoid Belgrade’s notorious taxi scams by only using city-regulated radio taxis. These are easily spotted by their blue signs, with Belgrade’s coat of arms, and license plates ending in TX. The far more expensive privately-owned taxis have blank white markers. Other precautions include booking taxis by phone, insisting taxi journeys be metered, and only using reputable companies like Belgrade Taxi Service (+381-64 631 1063). Novus (+381-21-500-700) is one of Novi Sad’s best-known taxi companies.

Among the most popular of the many boat tours sailing through Belgrade is the English-speaking Trafalgar Tours, whose Danube River cruise itinerary contains a two-day stopover in Serbia’s capital.

Rail Europe connects Serbia with the rest of the continent, while Serbian Railways is the national rail network. Although Serbian trains are frequently slow and unreliable, one rail journey that should not be missed is the scenic Beograd-Bar line, which runs past the Dinar Mountains and along the world’s highest rail bridge, Mala Rijeka.